Don't be sucked in to the Doha disappointment

That was a bit disappointing. A miserly $3 drop from Friday isn't exactly a collapse.

Looking at the whole event has revealed some clues about what's been going on. The fact it hasn't dropped a huge amount tells us that it wasn't only short term specs that were buying into the meeting. If they were the bulk of longs then we would have seen a bigger drop as they flooded out. It seems there are some hefty longs who are keeping prices supported.

Anyone who's traded oil for any length of time knows this drop isn't anything special and that makes it dangerous for shorts. Forget all the Hollywood calls for oil to plummet to $30 in the next few days. If it can't do more than $3 bucks on this news, it's highly unlikely it can do $10 over the days ahead. 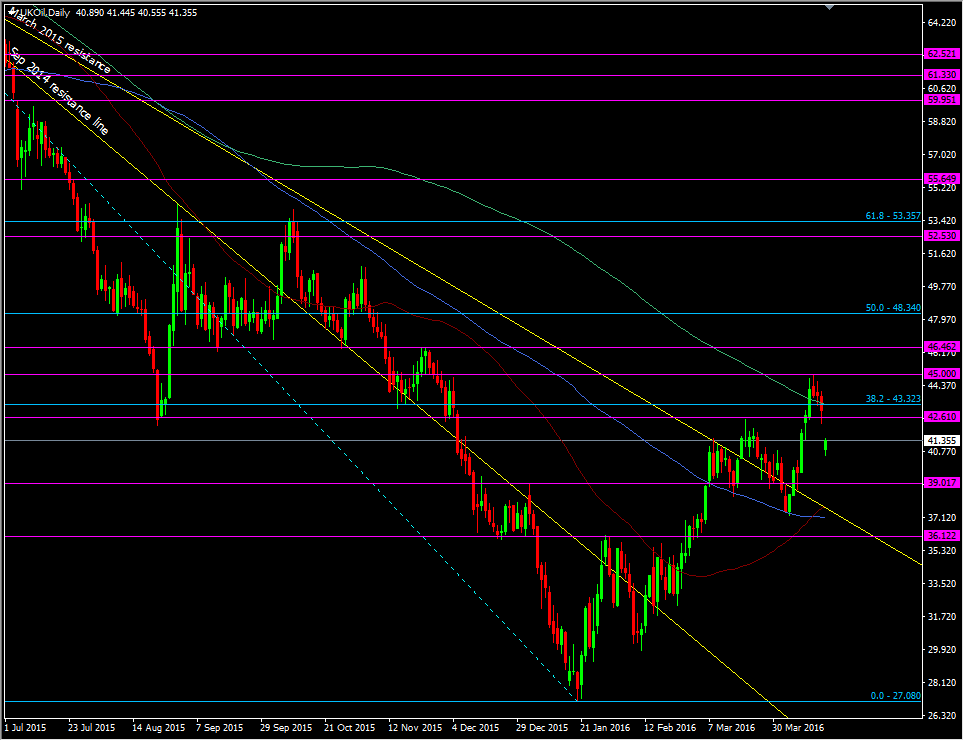 Over big events the tech in oil is usually useless but now we're passed this event it's likely to start making sense again. The support levels are pretty clear so now we know what the price must do if it wants to go lower.

There's likely to be more fall out from Doha, as all and sundry come out and have their say but I'm not sure we're going to see any massive drop without something other than Doha hitting the news.

As always, forget where you, or others, think it might go and concentrate on where it does go.