It is Fed day 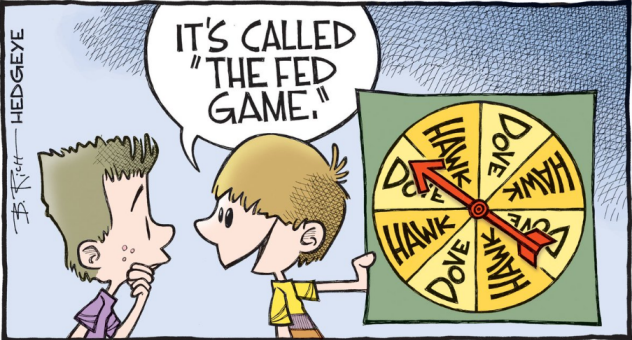 Major currencies aren't doing a whole lot as the market turns its focus towards the FOMC meeting later in the day.Invest in yourself. See our forex education hub.
Chinese equities are under some pressure still, following the bloodbath in the opening two days, despite some supportive comments locally to try and lift the mood.
But at least the bleeding isn't as bad as what we saw in the past two sessions.
Elsewhere, big tech crushed earnings expectations with beats seen in Apple, Microsoft, and Alphabet reports. But the overall mood remains tentative ahead of the Fed.
There will be a couple of light data points to move things along in Europe but the key driver for the remainder of the week will be what comes out of the FOMC meeting later, with the bond market reaction a vital element to pay attention to.
0600 GMT - Germany August GfK consumer confidence
German consumer morale is estimated to switch back to positive territory going into August, keeping with the optimism tied to the summer reopening. That said, the outlook is still subject to how virus conditions are playing out and high inflation/cost pressures only adds to the dark clouds surrounding consumption in 2H 2021.
0600 GMT - Germany June import price index
Prior release can be found here. Another month, another expected increase in import prices owing to higher cost inflation - which should translate to consumer inflation.
0600 GMT - UK July Nationwide house prices data
Prior release can be found here. Housing market activity in the UK keeps more favourable for now and the reopening is still helping with demand conditions despite the stamp duty holiday expiring, which could see a pullback in activity in the months ahead.
0645 GMT - France July consumer confidence
Prior release can be found here. French consumer morale is expected to keep thereabouts as in June considering current economic conditions are little changed.
0800 GMT - Switzerland July Credit Suisse investor sentiment
Prior release can be found here. The reading measures analysts' expectations on the Swiss economy and other economic expectations over the next 6 months.
1100 GMT - US MBA mortgage applications w.e. 23 July
Weekly US housing data, measures the change in number of applications for mortgages backed by the MBA during the week.
That's all for the session ahead. I wish you all the best of days to come and good luck with your trading! Stay safe out there.