What's coming up on the calendar front today

Greetings, everyone! How're you all doing today? Yesterday, we had a slew of central bank decisions in Europe - but everything was pretty much status quo (only CBRT raised rates).
Today, things are going to be more quiet as we don't really have much data points (or any significant ones for that matter) to be honest. Here's what's on the calendar:
0745 GMT - France Q3 final wages q/q
A fairly cyclical data in nature, preliminary reading released in November was +0.3% q/q and the final reading is expected to remain.
1000 GMT - Eurozone October trade balance data
Not much of a significant data point as France and Germany has already released their numbers earlier here and here respectively. They both account for almost half of the Eurozone economy, so the release of this data is a bit meh.
1200 GMT - BOE releases their quarterly bulletin
Not a very significant release as this usually covers banking stuff in general and not your typical monetary policy meeting minutes etc. But always worthy just to take note, just in case.
1315 GMT - BOE member Andy Haldane speaks in a banking/finance conference in Palermo, Italy
And that's about it. It could very well be that we're going to be in for a rather quiet day. But don't forget we also still have Brexit issues in Brussels to sort out!
Hope you all have a nice day, and good luck with your trading! 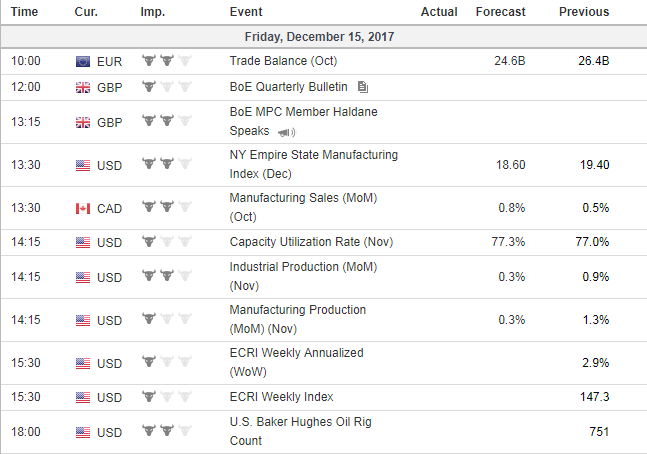