On election day in 2016, Clinton led 45.7% to 41.8% in the RCP average. She ended up winning the popular vote but by 2.2 points rather than the 3.9 points shown here. That was enough to give Trump a narrow victory via the electoral college.
In 2016, betting markets had Clinton as about an 80-20 favourite against Trump just before the US election.
This time, Biden has an even larger polling lead but is only a 60/40 favourite. In the RealClearPolitics average, Biden is currently ahead 51.5-41.7% -- a whopping 9.8 points.
That's a huge difference. Some of that is markets pricing in Trump outperforming again because his base may not respond to polls. Still, it's tough to explain. It also rules out that pollsters haven't learned from 2016 and are desperately trying not to make the same mistake.
Pollsters ask questions like: Did you vote for Trump in 2016 and will you vote for him again?
There is a notable shift in people who in the people who say they voted for him then, but aren't this time. It's tough to imagine those are shy voters. If you didn't want to say you are voting for him this time, why would admit you voted for him last time?
A simpler explanation for the discrepancy is something we've seen so many times before: Market participants have short memories. It's a cardinal sin to make the same mistake twice and those who were confidently betting on Clinton because of the polls don't want to make the same mistake again.
Is there a trading opportunity? I think there is but it's still 20 days until the election and the better trade might be to wait until closer to the vote. I also believe that financial markets have a better handle on this than betting markets; but that's a dangerous assumption. 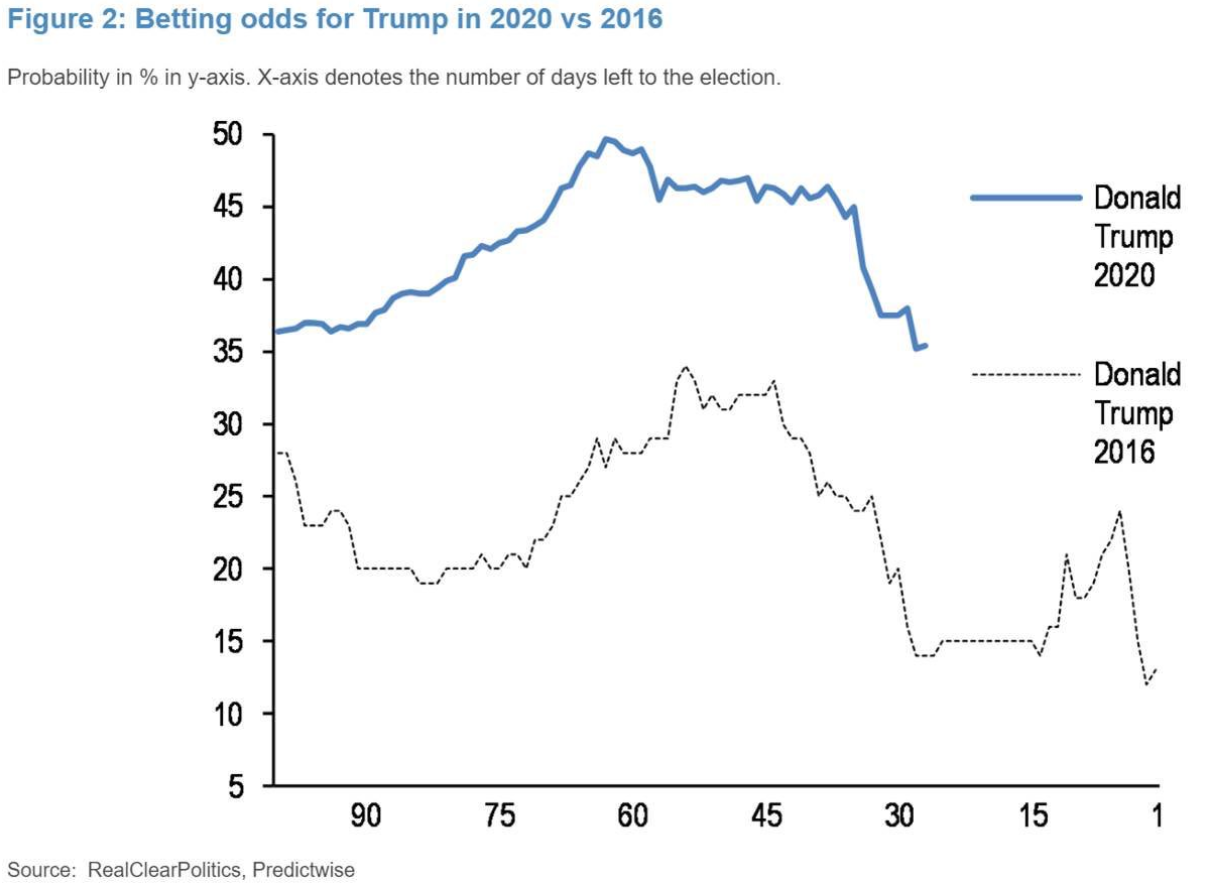