EU and Greece had secret deal to delay debt payments

Italy’s La Repubblica newspaper reports that EU and Greek officials had already agreed to push back the debt repayment schedule and lower the interest rate of loans.

Under the deal, the first repayments wouldn’t be until 2020 and the final deadline for repayments would be extended until 2057. Bilateral loans from the EU would see the interest rate chopped to the 3-month intermank rate +50 basis points, currently at 0.53%.

That’s a sweetheart deal if I’ve ever heard one but Tsipras also campaigned on writing off Greek debt so he may push his luck. 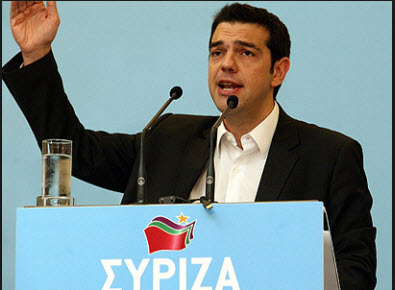 “We will bring an end to the vicious circle of austerity,” Mr. Tsipras promised a cheering crowd after his victory on Sunday. “The verdict of the Greek people renders the troika a thing of the past for our common European framework.”

He didn’t make a clear reference to writing off debt.

“Our victory is, at the same time, it’s a victory for all the people of Europe that are fighting against austerity that’s ruining the common European future,” he said.

Overall, Tsipras has softened since he first arrived on the scene. Talk of nationalising banks, for example, is absent. Instead, a senior party official said the party wants to exerting influence through the state bank bailout fund that controls three out of four major Greek banks.

Talk of a debt “default” was gone, replaced with “renegotiation”.