Stocks are looking buoyed in European morning trade so far 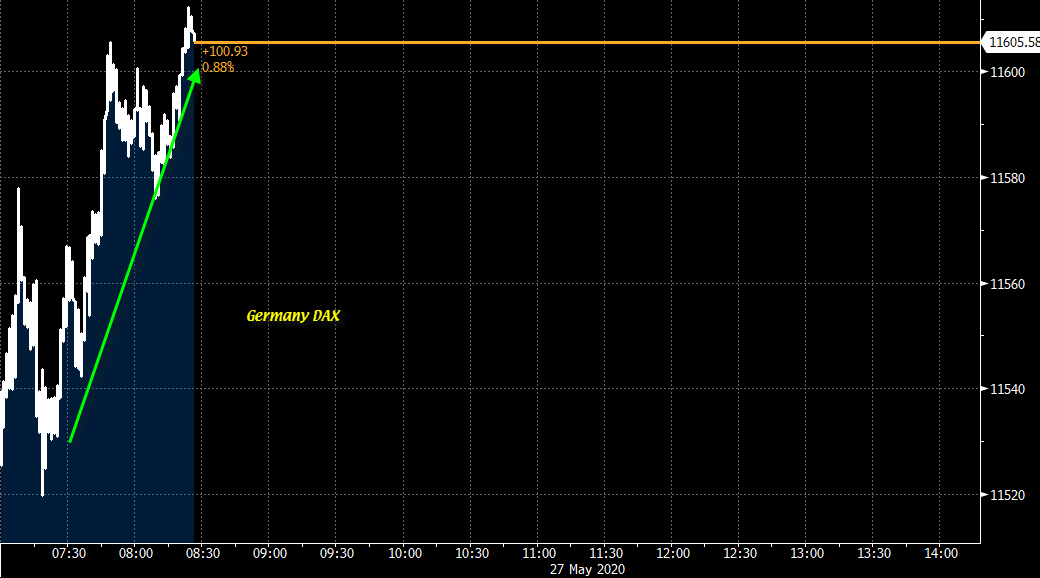 The DAX is now posting gains of around 0.9%, the same can be seen for US futures as well, which is contributing to the slight pullback in the minor dollar gains earlier.
Major currencies continue to remain tepid for the most part today, with traders not as sure about the gains in equities as Treasury yields are resting lower on the session.
I would say that the late setback in US stocks yesterday is also adding to the uneasiness.
In any case, for European stocks today, there is also another focus besides how Wall Street is going to digest all of this in. The European Commission is set to unveil their own blueprint for a virus recovery fund and that will be a key risk event to watch.
We can expect this some time during the afternoon in Brussels but it will certainly be interesting to see how the proposal will look like after we have seen the Franco-German proposal as well as the one from the "frugals" over the weekend.
The key thing to look out for is whether or not there will be any basis for compromise.
In that sense, the distribution of the funding will be a key point of contention. The Franco-German proposal looked to try and bridge the initial gap with the likes of Spain and Italy by suggesting that grants are used.
But the "frugals" came up with their own counter-proposal to request for the distribution of funding to be via loans instead.
That said, even if the European Commission suggests a mixture of both, expect there to be a major push and pull between all the countries involved still.
The initial reception to the proposal may be better if this were the case, but there is little doubt that there is still going to be a battle on this agenda in the coming weeks.
See here for global coronavirus case data