Eurozone inflation and it's correlation with Oil Prices

I read a Bloomberg article yesterday by Vincent Cignarella who was pondering why Euro flows appeared to have had such a low impact on lower inflation. The logic was as follows:

If a stronger currency is supposed to lead to lower inflation by making imports cheaper and making domestic producers absorb the costs associated with a stronger currency, why is that not happening with the Euro. As the EUR advances on the Yuan we see inflation rising and not falling. Why?

The answer he gave to the conundrum is that there is a bigger influence on the Euro than the currency strength, namely oil. The blue line (Eurozone inflation) is seven tracking the red line (US crude prices).  See chart below:

The article concludes by saying that 'the implications for core rates traders in Europe suggest keeping a closer eye on energy as an indicator for rate spreads than currency movements'.

This is an interesting point and got me thinking about the correlation between energy and inflation levels in our low inflationary era. How are oil prices aiding or hindering this dynamic. It is worth taking at look at the IMF working  paper on Oil Prices and Inflation Dynamics here by S Choi at al.  The conclusion of his study is that:

"Our main finding is that a 10 percent increase in global oil inflation, on average, increases domestic inflation at the peak impact by about 0.4 percentage point, with the effect becoming statistically insignificant two years after the shock. The has declined over time, mostly due to the improvement in the conduct of monetary policy" 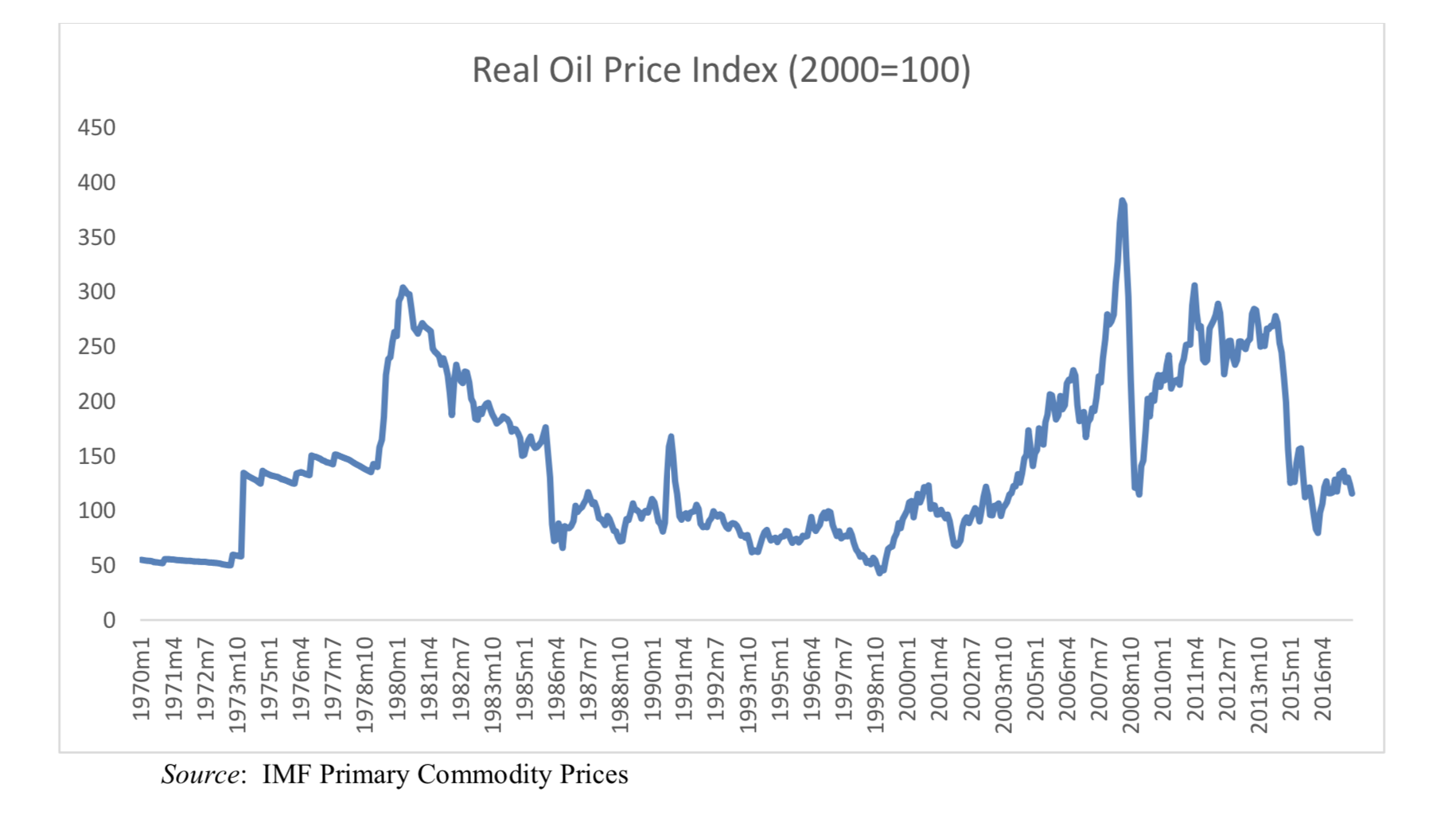 According to the IMF report above inflation is impacted more by a dropping oil price, than a rising one. It also notes the impact tailing off as monetary policy has been more impactful in recent years. In a low interest rate world I will let you be the judge of how strong this correlation is and what it means for inflation going forward as we move from an oil based energy to a more renewable/low carbon source. It's been a funny relationship between us and oil, a blessing and a curse,  so I'll leave you with this song, the Oil Man.
ForexLive