Finds sellers on rebound toward 1.2042 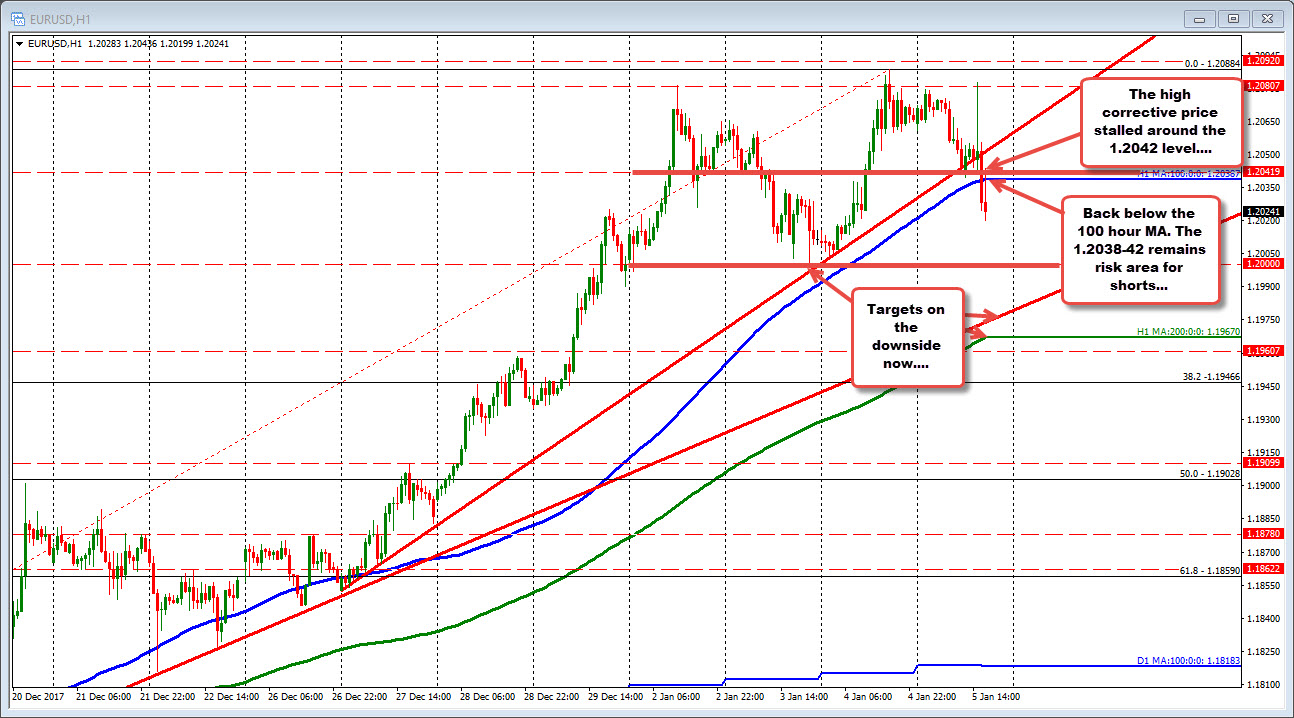 The next target remains the 1.2000 level which was the low on Wednesday. Below that a trend line cuts across at the 1.1975 area now (and moving higher).  The 200 hour MA is at 1.1967.
The data today was not great. It was not bad either. The jobs fell short of expectations. Wages were higher month on month, but a revision to last month took some of the good news out of that piece of data.  Wages remain steady but not going higher.
The ISM non manufacturing data was likewise softer but Factory orders were a bit better.
The yields in the US have recovered back to the upside with the 10 year at 2.47% after falling to 2.432% on the employment release.