No one ever talks about it 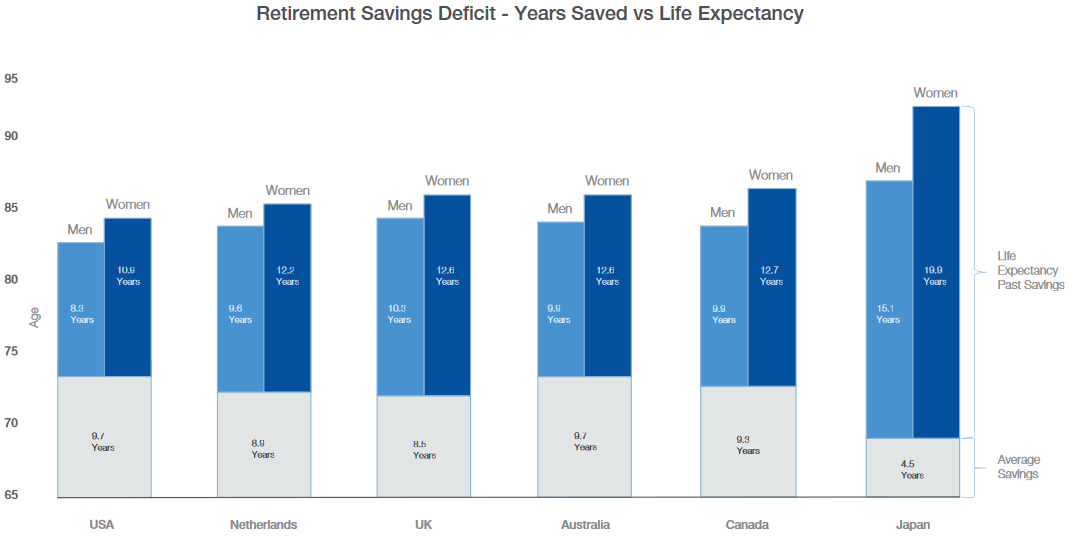 A white paper from the World Economic Forum in June got almost no traction. It addressed a problem that's almost universally ignored.

With increasing responsibility placed on the individual to prepare for retirement, we have found that most are simply not saving enough.

Most developed economies (and many emerging ones) are headed toward a demographic crisis. We know that aging populations will sap growth but few are talking about how elderly people will run out of savings.
In Canada where I live, they estimate that half the population will run out of money 10 years to early. Half. That's in one of the richest countries in the world and one of the few that has a fully-funded social security system. 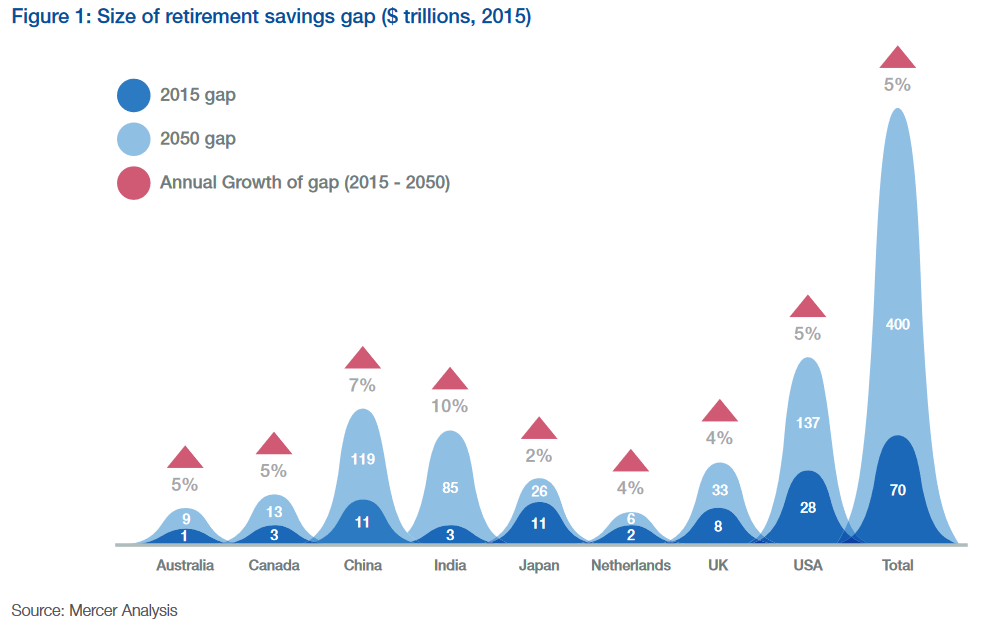 The problem is worsening by the day because there is no reasonable safe yield for savers. Take someone who retired 20 years ago at 60. To make an overly-simplistic point, they may have saved $500,000 and invested in a 20-year Treasury bond. They yielded nearly 7% at the time. That was a manageable $35,000 per year. Today if that bond comes due, they would be lucky to get 2%. That's $10,000 per year, assuming they haven't had to dig into the nest-egg to fund the rising cost of living.
The point is, even those were prudent are getting squeezed. If you wanted to retire on $35,000 today invested in Treasury notes, you would need to save $2 million. I can scarcely believe that 1% of Millennials will hit that target. Yet retirement armageddon is coming much sooner.
In the Canadian example supporting half the population with a poverty-line level of $22,000 for 10 years would cost $4 trillion. That's six times the current national debt, according to the Globe and Mail. There have been some efforts to deal with it here but they're mostly fanciful and assume people will be able to work until age 72.
In the US, it's much worse. Social Security is wildly underfunded and there's seemingly no appetite to fix it in Washington. We're just going to pretend like this isn't a looming crisis. Like it or not, working people are going to be paying for this.
As the Globe says:

Years from now, when we're struggling to support all those seniors who have run out of money, people will look back on this moment and wonder why we didn't act more decisively in the face of a looming fiscal disaster.

We're going to sleepwalk into this one and it will inevitably mean soaring government debt. Combine that with endless quantitative easing and you have the recipe for a race to the currency bottom. It's a scenario where only gold and hard assets come out ahead.
ForexLive