Ukrainian separatist rebels are on the ground. The wide scattering of debris adds to the near-certainty that the flight was shot down by a missile. 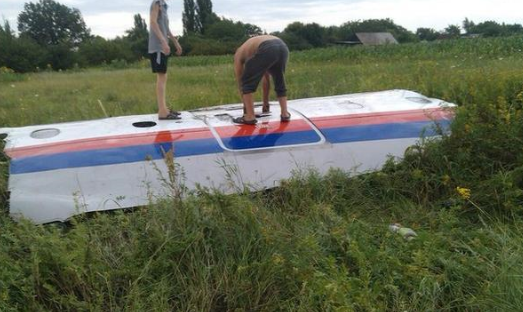 The first images of the crash have appeared on twitter

Flight databases show the last contact came at 13:21 GMT. The first reports of the disaster didn’t appear until around 15:00 GMT.

Update: Images are now appearing of the flight path. That it was shot down in the heart of separatist territory (to me) virtually assures that rebels were behind it, or that they will be universally blamed for it. 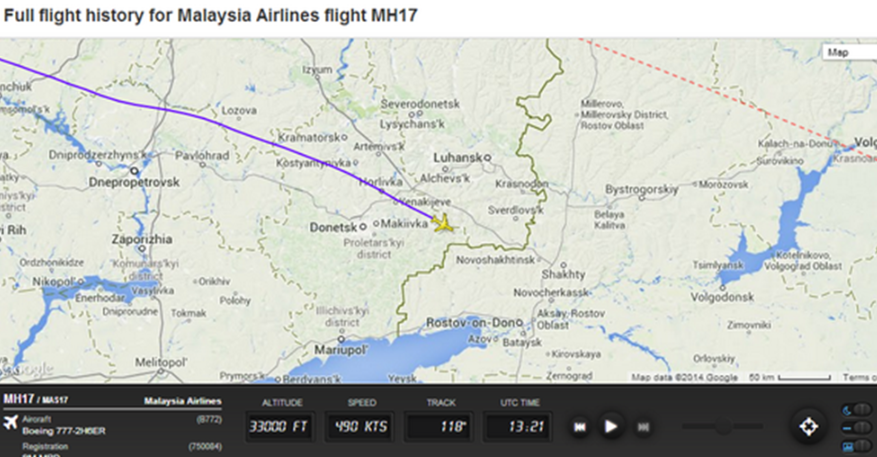