Five shocks that could potentially derail the emerging market rally 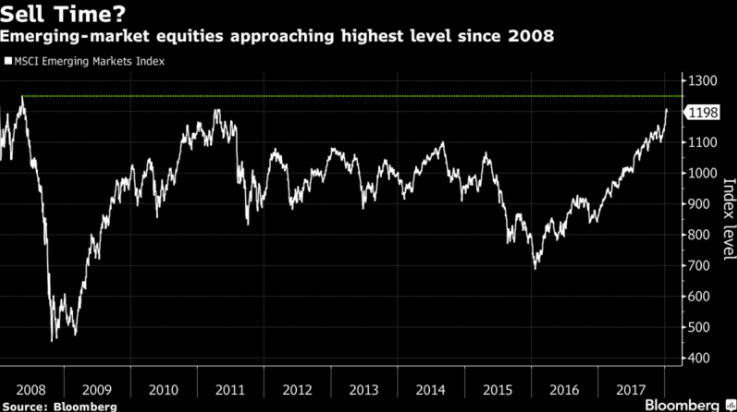 Bloomberg with a good piece on five potential causes for concern in the emerging market rally:
1. Tech downturn
They mention that overvaluations could cause investors to be more cautious, and a potential downturn in the tech sector could cause a sell-off. While the caveat is pretty much expected, investors haven't been too nervous to start the year as equities continue to rally. Personally, I expect to see more of a waning sign in the rally before we see a downturn.
2. Stronger dollar
Yup, this again. Of course a stronger dollar would dampen emerging market currencies and stocks - but again, the caveat here is that only if we see yields rise in the US. Other than that, I don't see this crashing the emerging market party this year.
3. Economic slowdown
Arguably the biggest factor in emerging markets. All eyes here will depend on China. Any signs of nervousness or shakiness from China and that would basically spell doom for emerging markets in general. But as global growth picks up slowly, it is likely there is still room to run for emerging markets in this space before attention shifts towards developed markets.
4. Overbought stocks
Pretty much the same as concern number one, in my opinion. While the rally in emerging market equities haven't seen much correction over the last two years, it again coincides with the fact that we're seeing tech stocks continuing to lift up global equities - we'd probably see more of a flattening before a correction happens. 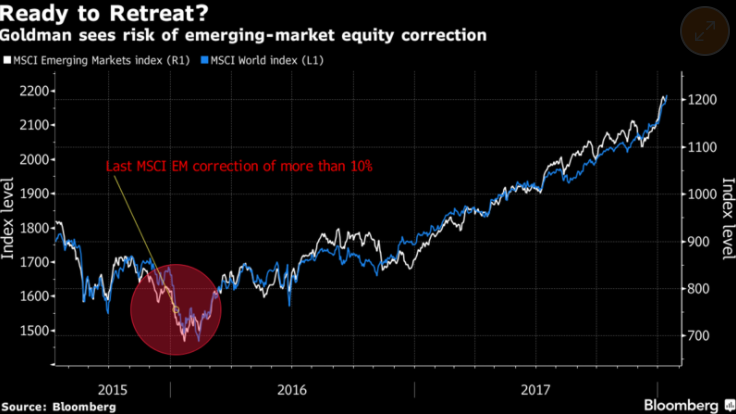 5. Inflation spike
And by that, they talk about a sharp rise in inflation in developed markets. That would mean quicker tightening of monetary policies - and in turn, lead to flows moving away from emerging markets. Portfolio re-balancing is bound to happen as developed nations start playing catch up in raising rates / tightening monetary policy. But as mentioned, there is still some time before that happens, and if anything, the earliest we may start to see a shift in flows could be in 2H 2018 in my view - provided major economies are able to stay on the right track.