The session began with the latest round of US-China trade talks getting underway in Washington. They lasted about 90 minutes before finishing up for dinner. Indications were mixed, but the key takeaway was China's lead negotiator, Vice-premier Liu He,  saying there was not anything more he could do and it was up to the leaders of the two countries to talk. That was the report anyway. Nevertheless, Friday's talks are scheduled to go ahead.

Markets were intensely focused on any news or rumour snippets. Soon enough we got one that US President Trump and China President Xi would speak on a phone call. And another that Trump, Mnuchin and Lighthizer had met and were reporting seeing progress in the talks. This set off a (small) flow into risk and out of yen. USD/JPY moved back above 110, yen crosses on the up also. AUD, EUR, GBP, and others, all showed strength to varying degrees. AUD, the go-to China proxy gained from circa 0.6990 to above 0.7015 (briefly).

As time ticked away (the higher tariffs were scheduled for one minute past midnight US east coast time) the prospects for some stay of execution on the hikes diminished. They were seemingly dashed when we, finally, got a tweet from US President Trump. Trump was likely having a giggle at the market's expense though, his tweet was something about an ex-FBI director and not on trade issues at all.

Soon after, within minutes, reports hit the wires that yes, tariff increases would proceed as scheduled. Bloomberg citing two unnamed sources. Further reports a little later said there had been little to no progress.

As I post we are counting down the remaining minutes to 12.01 am Washington time and the tariff hike. I'm not shedding any light when I add that there could be changes at any time at the whim of the capricious US President. Stay tuned for Friday folks. 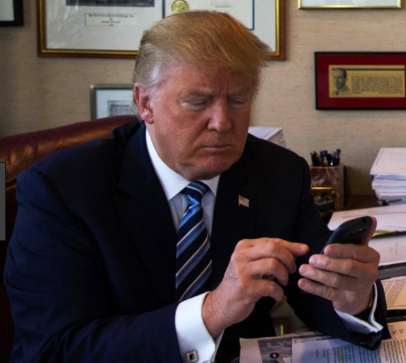 There were other news and data, most notably the Bank of Japan Summary of Opinions from the April meeting and the Reserve Bank of Australia Statement on Monetary policy for May 2019. See posts above for more on these but it was the rumours and chatter around trade that mattered today.