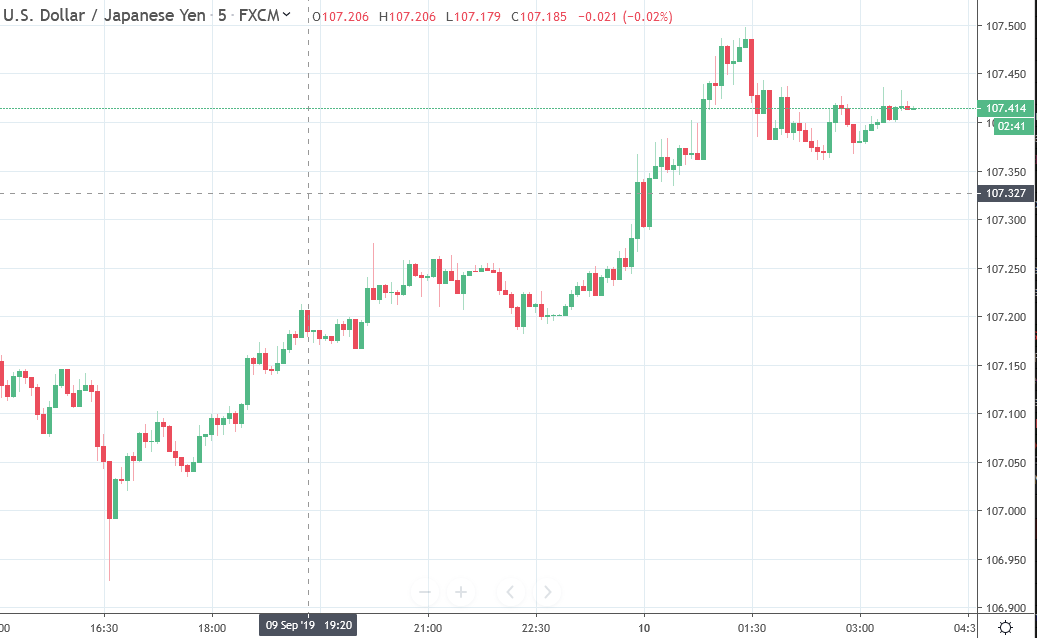 Brexit news dominated the early hours of Asia, obviously evening in the UK, as Boris Johnson brought on a vote for an early election. The Prime Minister lost the vote, for a 100% loss record on the six votes he has called. Earlier on Tuesday the bill requiring Johnson to ask the EU for an extension (should a 'deal' not be reached) was signed into law. The UK day drew to a close with Johnson vowing not to extend the Brexit date and suspending parliament for five weeks. More in the bullets above. Check your cable chart - through all the evening's activity GBP flatlined.

Fresh news following this was light, although we did get a number of data points. Of most significance for markets were the inflation data from China (CPI little changed, PPI plunged) and business confidence from Australia (lower on the month). The Australian dollar dropped after the data, albeit the range has been small, and it not far from its session low as I post. Kiwi has managed to add on a few points.

EUR and CHF are both a few points softer against the USD, as is CAD.

USD/JPY was notably bid through the morning in Tokyo, it hit highs circa 107.50 just after the Tokyo fix and has stabilised around 107.40 since.