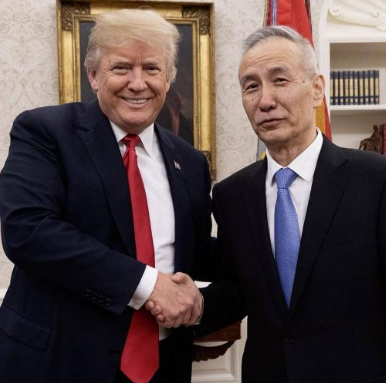 We had very little information on progress at the US/China trade talks apart from President Trump saying they were going well, backed up a White House spokesman saying the same ("better than probably expected'). As the headline to this post says, US President Trump and China's lead negotiator Liu he will meet Friday afternoon in Washington (at 1845GMT).

Forex movement in response was mild indeed. USD/JPY made a fresh high compared with overnight trade, popping to highs circa 108.13 before slipping back under the figure. Its circa 108 as I update. USD/CHF is up also, its nudging its overnight high as I post.

AUD moved slowly higher, adding on 25 or points from its session low to hit highs around 0.6780. NZD is up a little alongside.

We had comments from Fed officials Mester and Kashkari. These two tend towards opposite ends of the dove-hawk spectrum at the FOMC and their comments illustrated this, K more dovish than M, but both were measured.

President Trump addressed a rally of supporters, there was little of substance in it for markets.

EUR/USD is a few points higher on the session. After its big surge overnight GBP flat-lined. CAD is barely changed against the big dollar, gold is little changed also.