Trump's anti-cryptocurrency tweets that made some waves: 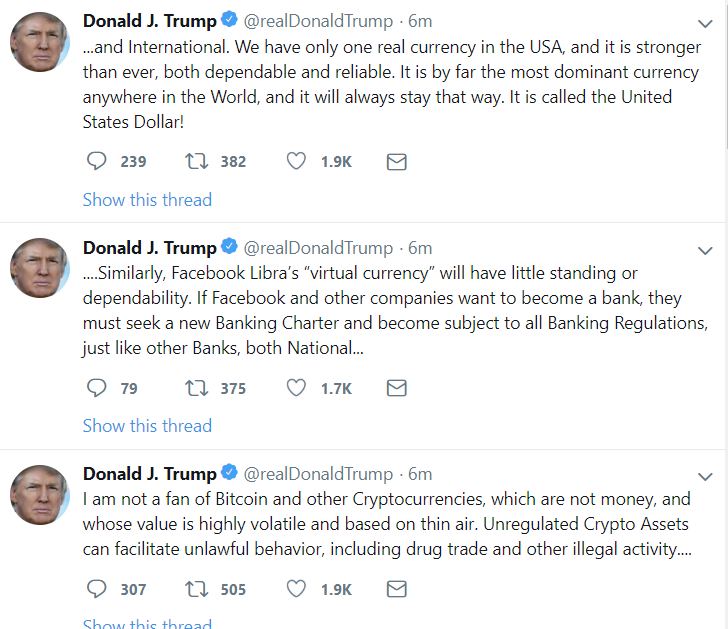 Trump's tweets come as Fed Chair Powell replied to Congress that he wants to see tighter control on digital products, with JPM and Facebook to launch cryptocurrencies. More in the posts above.

BTC popped against the USD on the Presidential tweets but has subsequently come back to be not too far from where it was prior.

In forex we have seen a net move weaker for the USD against most currencies. The moves have been restained, USD/JPY initially ticked just a little above its US-time high to edge over 108.60 before dropping toward 108.30. Its circa 108.40 as I update.

AUD and CAD have both put on a few points gain against the USD for the session, both surpassing their US time highs and maintaining above.

As I said, news and data flow was light. What we did get is of interest to SGD traders - an terrible collapse for Q2 GDP in Singapore (see bullets above). This is likely to prompt Monetary Authority of Singapore easing at their next meeting (October) but its difficult to rule out the bank going before then (the risk of waiting until October is further weakness for the SG economy).

Stay tuned folks - we have China's trade balance for June due soon, at 0700GMT.