It was a very steady start for the Asian morning with nothing much to disturb forex until a sudden bid for the US dollar sent currencies, most noticeably AUD, lower along with a hit for equity index futures also. About 10 or so minutes after the selling hit the news came out; that Johnson and Johnson had paused trials of their COVID-19 vaccine candidate. You read that right, the sharp drop for 'risk' trades came well before the news hit financial market data feeds.

Selling abated for an hour or so but extended further after that, currencies and equities continuing their decline.

As is often the case, once sentiment took a hit there was a renewed focus on the other less than supportive news flow. The report that the US is to sell advanced weapons systems to the Republic of China (ROC, i.e. Taiwan), brought condemnation from the People's Republic of China (PRC, i.e. mainland China) came back under renewed focus (the announcement and response from China had been made many hours previously).

As I post AUD, EUR, GBP are languishing close to their session lows against the USD. CAD and NZD are not far from their's either. 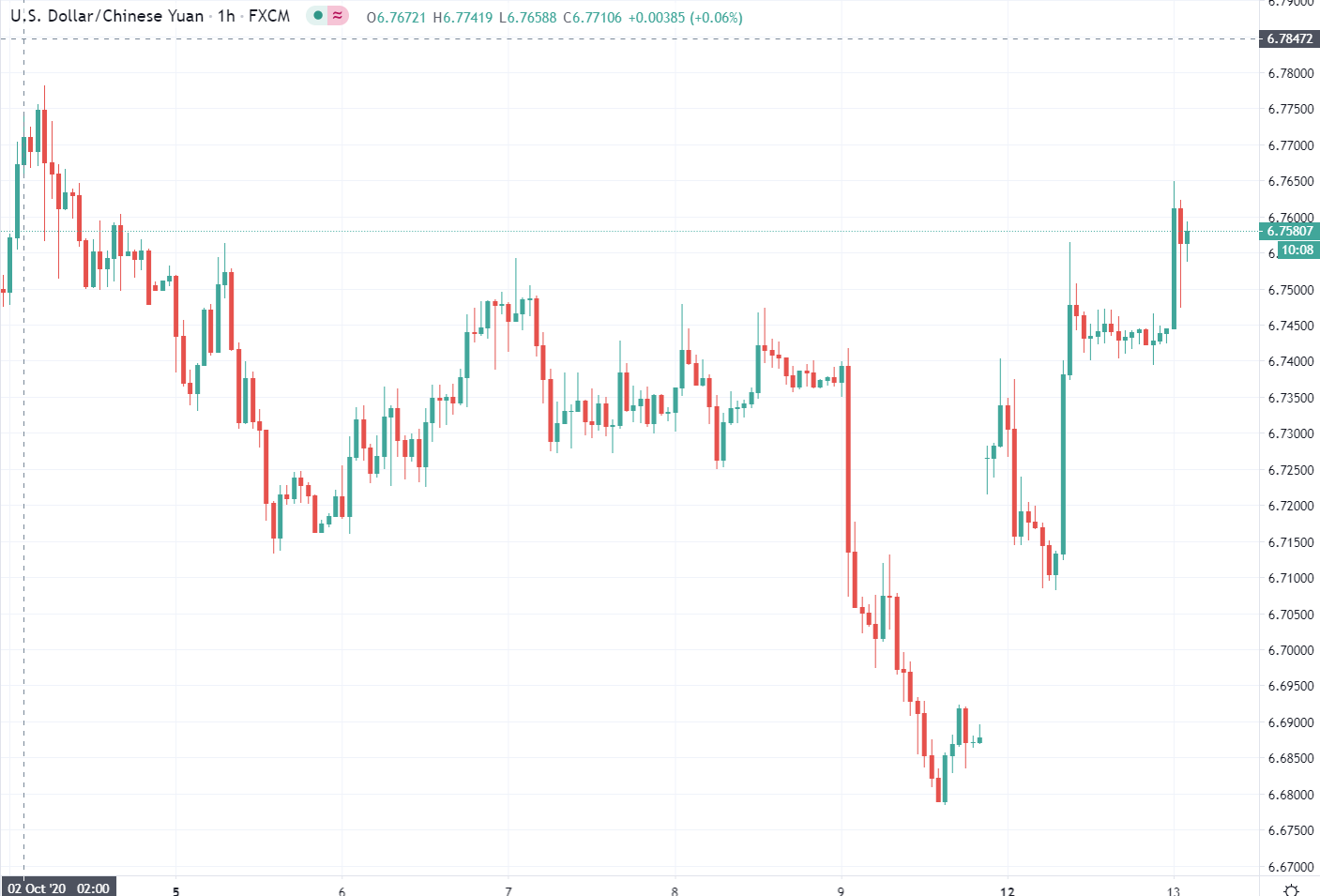