GBP gained from opening levels on the session here on Monday, leaving other major currency moves as a lacklustre bunch indeed. There was no fresh news of note for the UK here on Monday, apart from some election fallout and analysis.

GBP/USD approach 1.3400 but as I update it so far has not managed to quite get there. 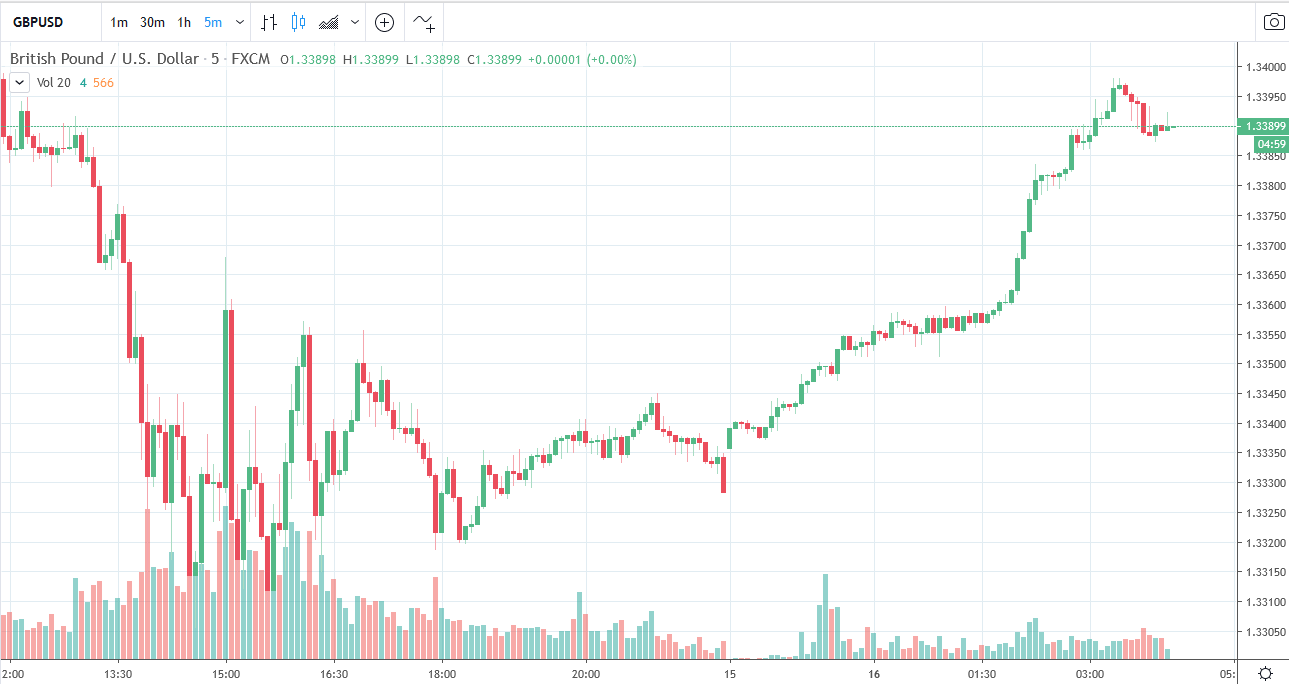 Other news was non-impactful for major FX. The Australian government released its mid-year budget and economic update with a downgrade for the GDP outlook but still no added fiscal stimulus. The finance minister hammered home the 'you're on your own' message to the RBA later, once again ruling out added government investment. A potentially more upbeat take on the MYEFO (the mid year fiscal and economic update) is the very conservative estimates used by the Treasury, notably on iron ore forecasts, which has left room for probable upside surprises.

AUD/USD has generated little direction on the day. Here.

It was not helped by some better than expected data from China, most notably on industrial production which out in a solid beat.

EUR/USD is up a few tics on the day, as is USD/JPY and kiwi. All in small ranges only.