ForexLive Asia FX news wrap: USD/JPY has a bit of a bounce

The day kicked off with some New Zealand data, business confidence down but employee confidence up, which combined had little immediate impact on the NZD.

Australian consumer confidence (weekly data) gained again, consolidating a big jump the prior week with further improvement this. The Reserve Bank of Australia will be watching to see how this translates into consumer spending (if it does). Again, little immediate currency impact.

Meanwhile, South Korea was making noises on crypto and Bitcoin again - the finance ministry warning of irrational speculation and once again waving the 'regulation' stick. Over the course of the session here BTC has lost some ground, down around 4%. Huh, I just described a fall of 4% as 'lost some ground'. OK, a big drop for it. 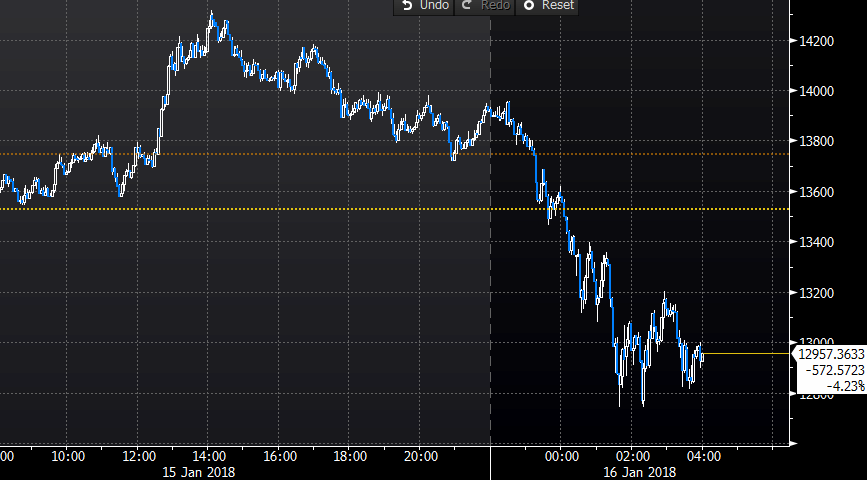 Japanese business-level inflation was next (PPI for December), a touch lower than expected but showing signs of leaking through into consumer prices, at levels still well short of the 2% Bank of Japan target though (see bullet above for more detail). USD/JPY began to rise (along with other yen crosses) and fuel was added to the gain by the beginnings of jawboning from Japanese officials (Japan finance minister Aso:  and economy minister Motegi), perhaps starting to try to stem the gain in the yen.

The Australian dollar lost a little ground,w ith some USD strength also evident against the EUR, CHF, GBP, NZD. But the losses for these currencies against the USD was small only. EUR, CHF, GBP, CAD are all very little net changed on the session. AUD/USD and NZD/USD are a few pips lower (though if you said little changed also you'd be correct).