Australia's March 2019 labour market report was published today, showing a strong beat for jobs growth on the month but a tick up in the unemployment rate (in line with the central estimate). The big beat on headline employment change saw the Australian dollar marked up 25-odd points to highs just shy of 0.7200. It fell back to little changed nearly as quickly and is now a few tics higher, net, for the session.

While the headline result on jobs growth was solid indeed, as was the addition to full-time employment, some of the details are little weak, as are separate data on employment in PMIs, and job vacancies. Headlines are what grab the attention though and today's was, on balance, a good one. 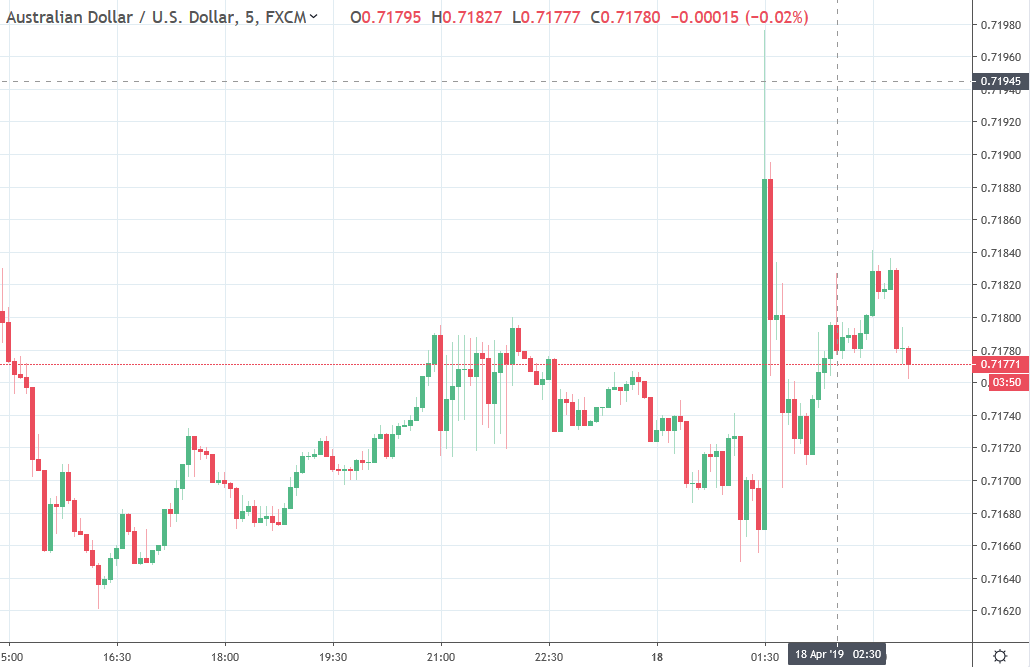 There were various other items of data and news, from Japan and China (see bullets above), but impact on forex was barely more than a ripple.

EUR/USD has lost a handful of points, cable and kiwi are little changed, CAD is down a few tics. USD/JPY highs were circa 112.10 early and it fell around 20 points through the Tokyo morning, Its not too far from mid-range as I post.

As a heads up, Friday will see widespread closures across FX centres for the Good Friday holiday here in Asia, Japan the only major centre open. Monday, ditto, with only Japan and Singapore open that day. ForexLive will have some coverage Friday and Monday, it'll be less than usual.