Early hours in Asia saw US coronavirus economic relief bill news passing (more in the bullets above) but the long story short is that the two sides are still reaching for a compromise. The House passed the Democrat support bill, which at $2.2tln is so far unpalatable to the Republican side and so will not succeed in the Senate. Mnuchin and Pelosi will continue negotiations, Senate leader McConnell says he'll 'take a look' if an agreement is reached. Meanwhile, time is running out for getting a bill approved prior to the US election.

Later news was more impactful though, with close confidante of Trump Hope Hicks returning a positive COVID-19 test. Again, more in the bullets above but in brief:

In the wake of the Hicks news stock markets took a bit of a fright, trading lower. Risk related currencies traded similarly. As I update EUR/USD, AUD/USD, NZD/USD are all lower on the session, USD/CAD higher. USD/JPY, though, is little changed while USD/CHF is up some. Gold is lower on the session.

A reminder (again) that China and Hong Kong were both out today, and that China will be out for most of next week also. USD/CNH recovered some ground further during the session here. 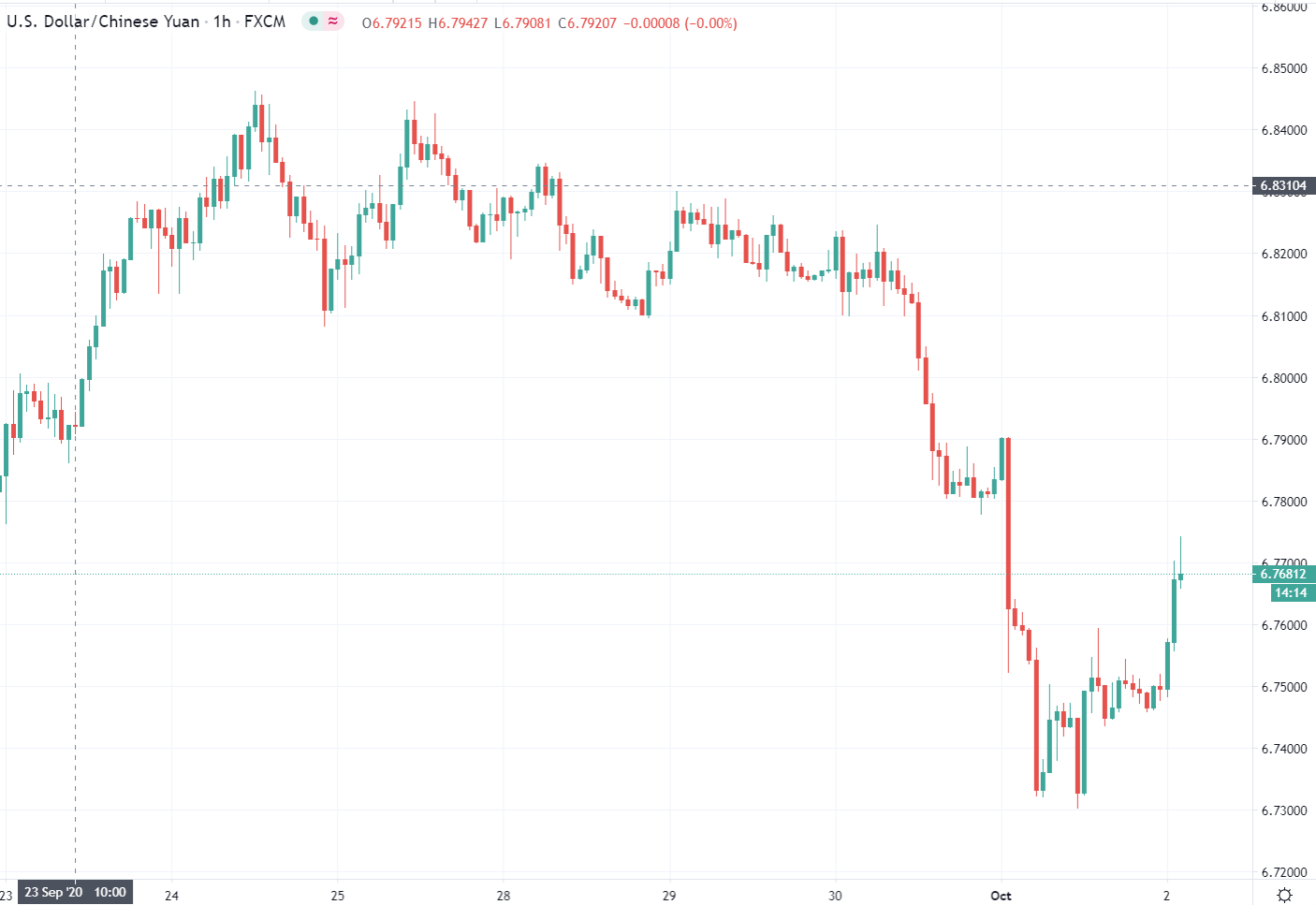