Developments around troubled Chinese property development Evergrande worsened. Reports over the weekend of senior executives bailing out of their shares prior to the troubles, the firm seeking to settle its debts using unsold apartments, liabilities growing ... Chinese markets were closed today (and will be tomorrow also) but Hong Kong's were open and Evergrande shares there were pummelled lower, down over 10% to extend losses further as I post. The broader Hang Seng index dropped 3% (as I post) with the property and insurance sectors the worst hit.

The (offshore, CNH) yuan dropped, losing further ground after losses in the back half of last week. The Australian dollar, too, was a casualty, its falling towards 0.7230 as I post. Other currencies have been relatively quiet but there is, as I update, a move into USD and yen on a haven basis. EUR, GBP, NZD, CAD all down on the session vs. the buck.

BTC, gold also lower. Some of the 'contagion' in seemingly unrelated assets is selling to fund margin calls in more troubled areas (such as equities). 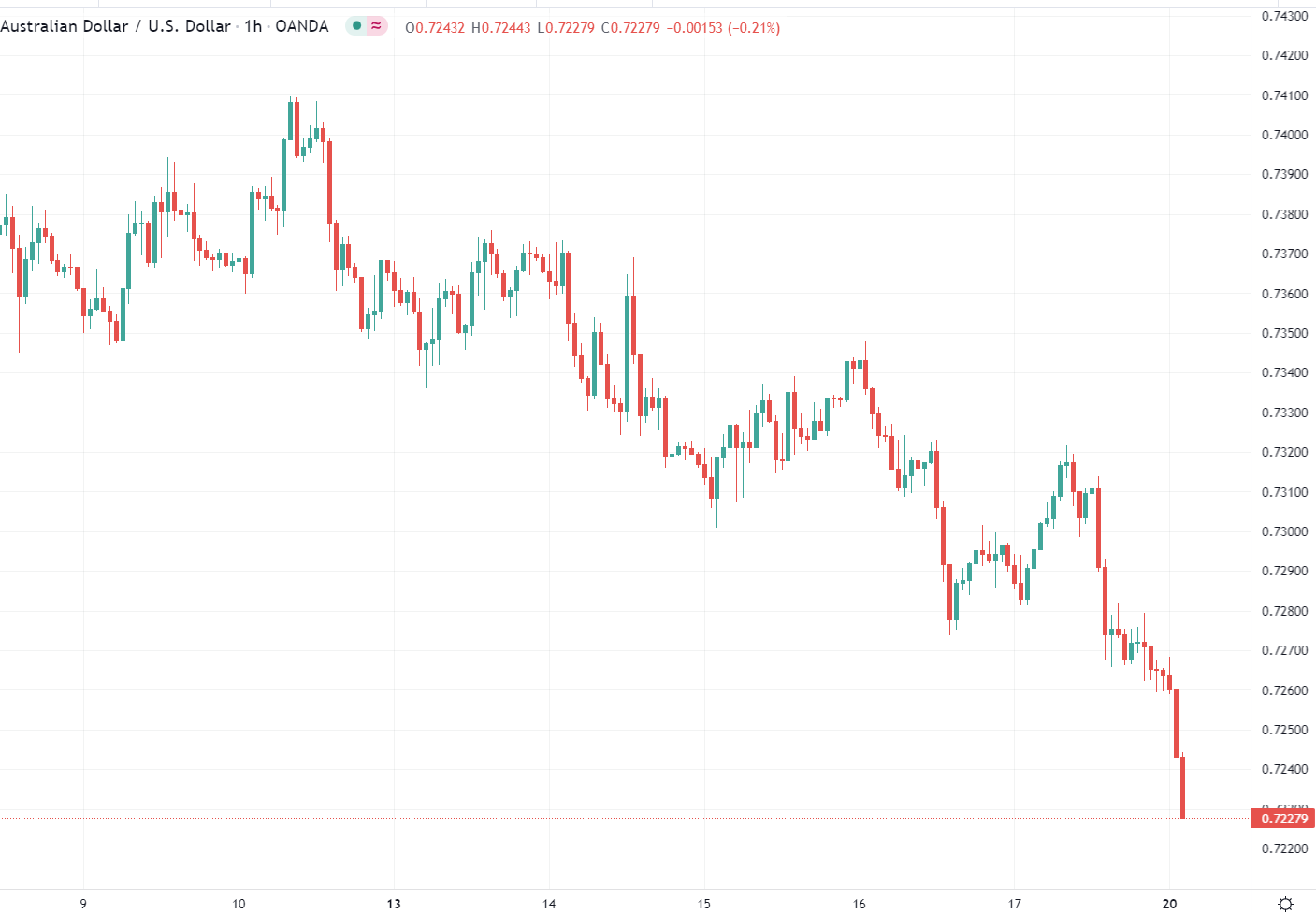