The session began with a gentle bid for the US dollar and that has persisted pretty much the entire Asian morning.

On the data front we had preliminary PMIs reported from Australia and Japan - both indicated a drop further into contraction for manufacturing and a deeply contracted but slightly improved reading for services. Export data from South Korea and Japan was weak indeed - indicating the collapse in global trade and demand destruction worldwide.

Fresh news of any impact was limited, but notable. US Senate Republican leader McConnell reiterated his opposition to further unemployment benefits - those that expire in July he is not willing to extend. This tightening up on fiscal support for people would weigh on the US economy ahead, the blow falling particularly heavily on the unemployed.

There was also news on a White House report accusing China of predatory economic policies, military build-up, spreading disinformation, human rights violations and more. Other news indicated a tightening on the restriction on Huawei and a House move to further limit China company activity on US stock exchanges. US President Trump tweeted out his continuing dissatisfaction with China.

For central banks, Westpac pushed their expectation of negative rates in NZ out from November 2020 to April 2021 but do expect the Bank to boost their QE program size again at the upcoming June policy meeting (June 24) from the current 60bn NZD to 70bn (and to 80bn then in August). RBA Governor Lowe spoke but did not extend beyond what we have already heard from him and the Bank recently.

On currencies, lower pretty much across the board against the US dollar. The moves began before the Trump tweets but these consolidated them. AUD/USD was a big loser for the session, down to lows circa 0.6550 from just over 0.6600 at one stage. Kiwi, CAD, GBP, EUR, yen - all traded weaker against the USD. Gold had a poor session, its making a fresh low for the day under 1740 as I update. 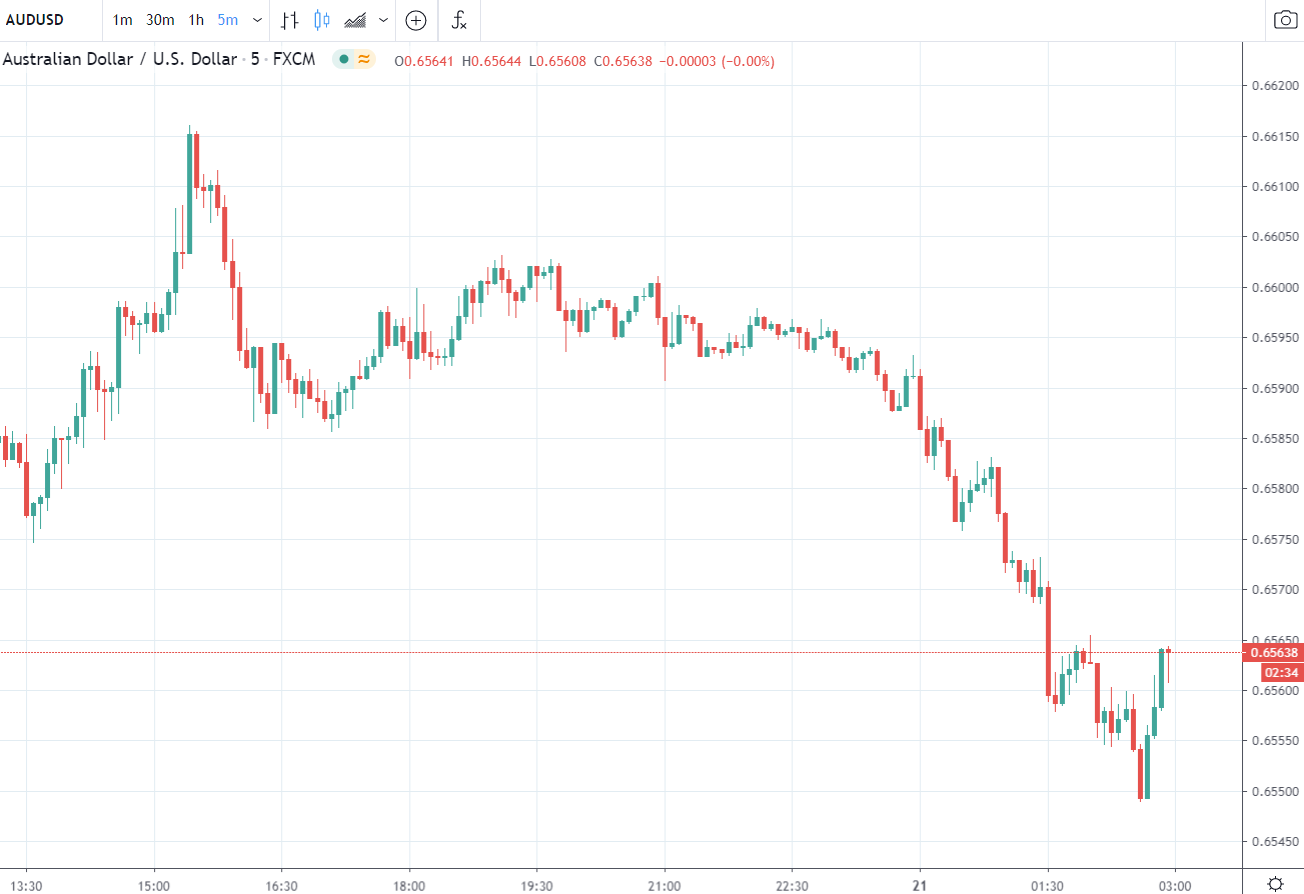