Major FX maintained small ranges only here during the Asian session today with small moves in the USD broadly. As I update the small strength in the US dollar is persisting.
The major items of interest during the session were

China announced it was not setting a GDP target for this year, citing the virus outbreak and heightened uncertainties. Their report did set out other partial economic goals and also remarked on monetary policy. Another piece of information that was keenly awaited (from a political perspective) was what the parliament would be doing about the unrest in Hong Kong (US President Trump had earlier said he'd "react strongly" to China if it pushes ahead with its plans to impose a new security law on HK. While the NPC confirmed that it does plan to pass a bill establishing "an enforcement mechanism for ensuring national security" for Hong Kong there were no no details provided. The mere mention that the NPC had plans was enough to push HK stocks lower on the session (the Hang Seng index is down circa 3.5% as I write this).

As mentioned, ranges were subdued. EUR, GBP, AUD, NZD, CAD all fell against the USD. USD/JPY popped early in the session to above 107.75 briefly but has since fallen away 20 or so points. Oil fell, WTI and Brent both down around a dollar.

Fitch affirmed Australia's rating at AAA but set the outlook to negative from its previous stable. 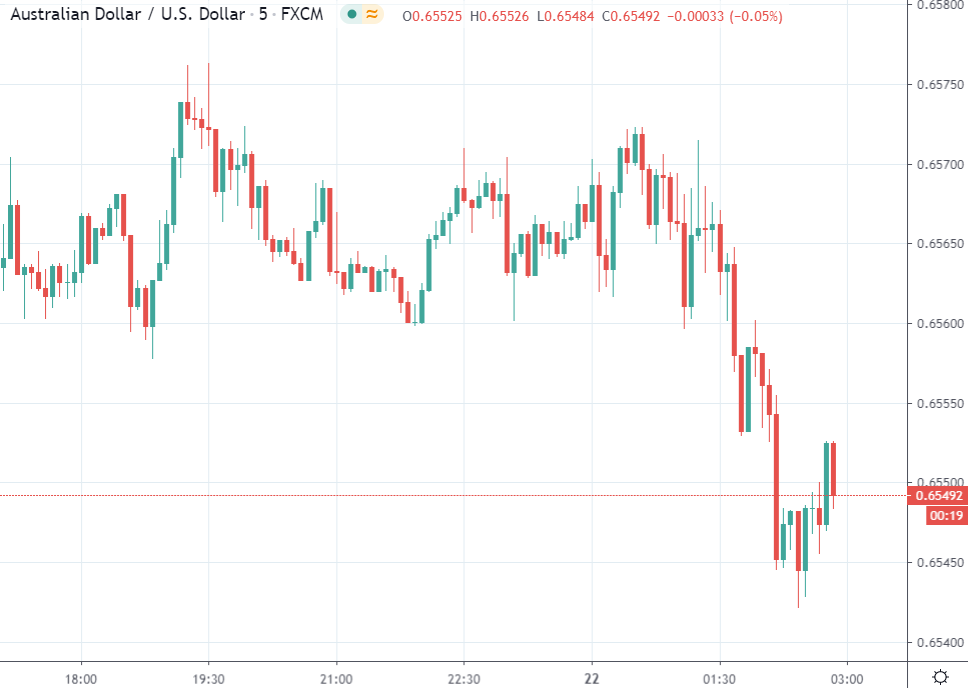