The US dollar is a touch stronger nearly across the forex board on the session here, with various buying triggers reported across different sources, such as:

NZD had a sharp drop, with a report that the Reserve Bank of New Zealand was working on unconventional policy (at an early stage). Check out the post above as I put my tin hat on for a theory of the RBNZ floating the idea out there into the public space. Maybe they did, maybe they didn't, but it's a thought that the market (humans and algos) grabbed hold of and sold the kiwi $.

Other news was, well, significant. It centred on South Korea firing warning shots at Russian aircraft that had entered its airspace. More in the posts above. These came on the day that North Korea revealed its new strategic (a euphemism for nuclear missile capable) submarine.

I would expect news of this nature to see flows into yen and the US dollar. Well, the USD did gain a little on the session but as for flows into yen (and CHF) ... no, not really. OK, check out the CHF .... not at all!. 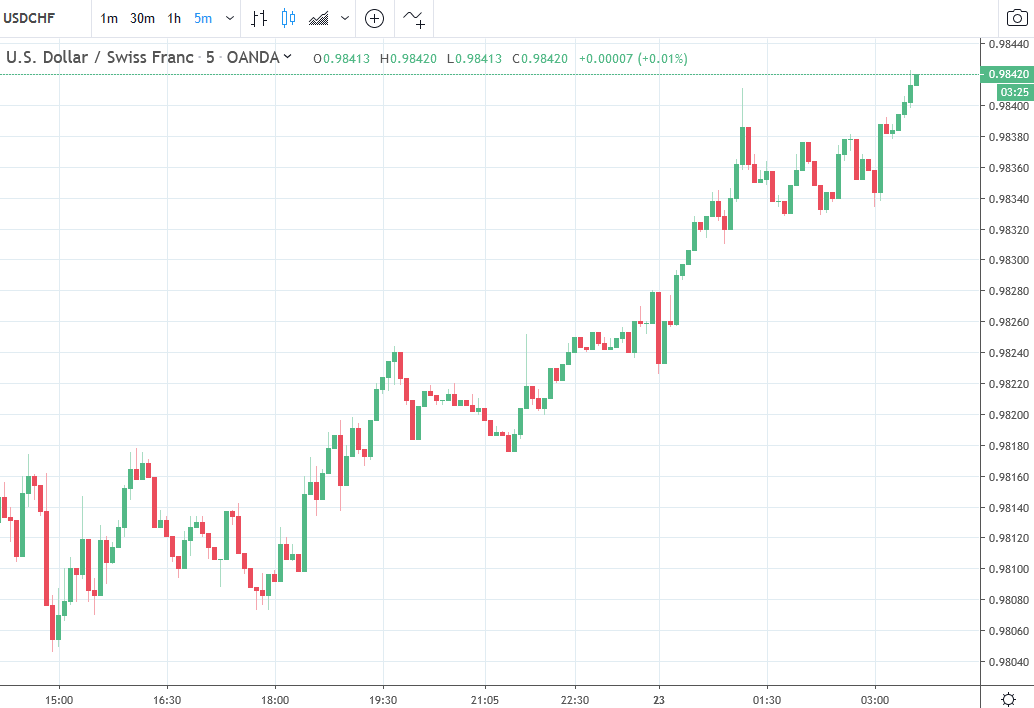