USD strength extended a little further during the Asian timezone today, even against the yen. USD/JPY moved to a high circa 105.20 and as I update its drifted back to the middle of its range just under 105.10.

EUR, GBP, CHF, CAD and AUD are all lower against the big dollar. The Australian dollar was helped lower by a change in RBA forecast from Westpac, the bank now expecting further easing at the October 6 policy meeting. NAB are tipping either October or November. In addition to the change in expectations on central bank policy analysts elsewhere downgraded forecasts for the price of iron ore, not dramatically and following the price falls we have already seen.

NZD/USD traded lower with the stronger USD but did recover on the announcement of the Reserve Bank of New Zealand policy announcement (see bullets above, but the "in a nutshell" summary is no change was announced, as expected). As I update NZD/USD is mid-range for the session.

As a note, China has halted the import of seafood products from a Norwegian firm after coronavirus was found on packaging. 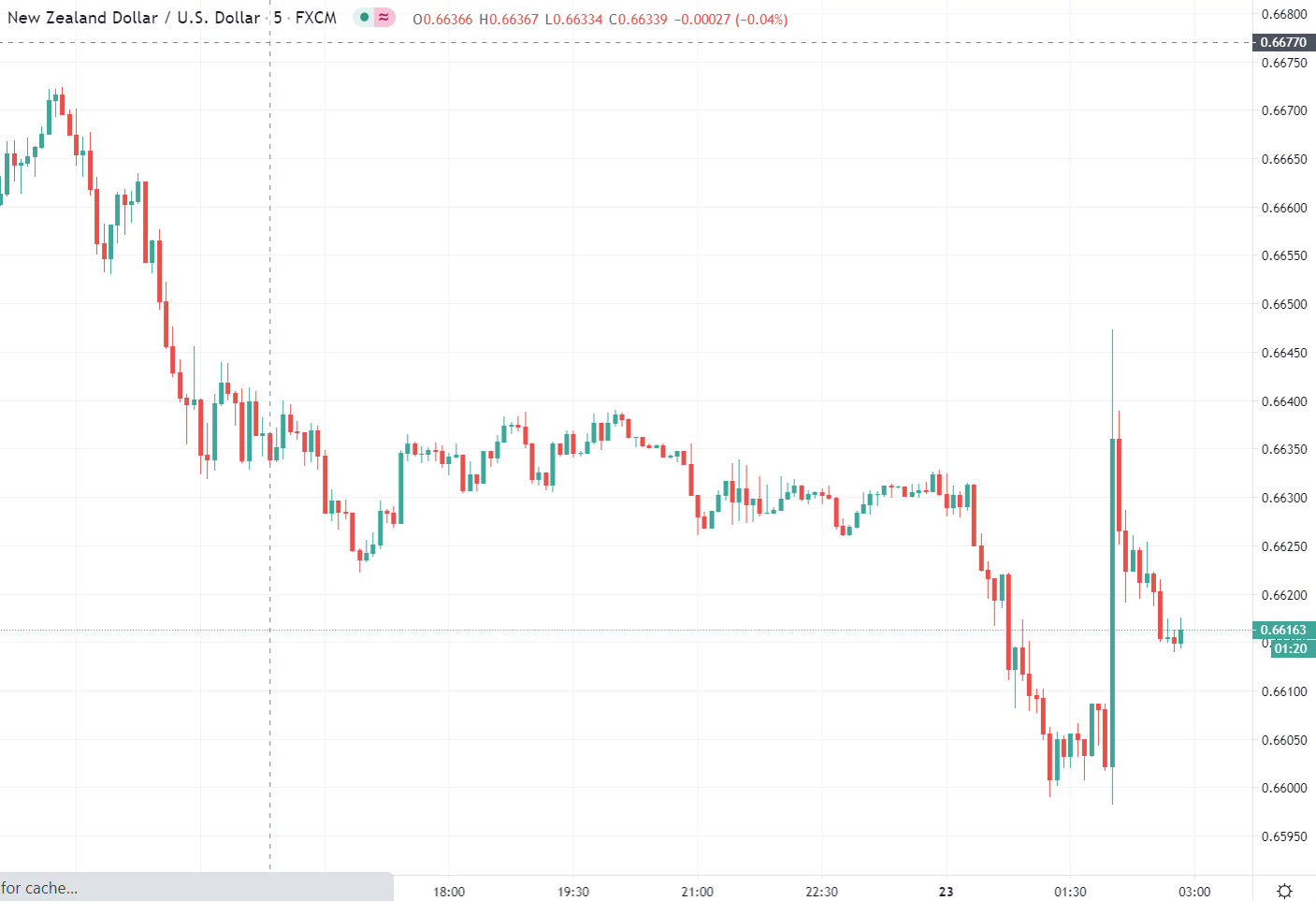