ForexLive Asia FX news wrap: The transition to the Biden Presidency has begun

In early Asian trade the US authority (the General Services Administration) responsible for beginning the formal transition to the new Biden presidency finally acknowledged his win and set in motion the initial protocols. Almost immediately after Trump tweeted his recommendation the GSA do just that. The news added to the better sentiment evident on Monday US time from improving vaccine developments and gave further support to risk FX and US equity index futures (trading 'overnight' on Globex).

Once again the kiwi $ has been best on ground amongst the majors. The NZD was spurred further by the NZ government saying it wanted the RBNZ to add a house-price 'remit' (ie to stop prices rising so rapidly). It would be remiss to mention worst on ground alongside ... gold dropped further , towards $US1820.

AUD was dragged up a little with the NZD (AUD/NZD sellers ensured the AUD rise was not as extended). GBP, EUR, yen, CHF have all done very little against the USD while CAD has gained alongside oil.

Trump's tweets, this may be the closest he gets to a concession? 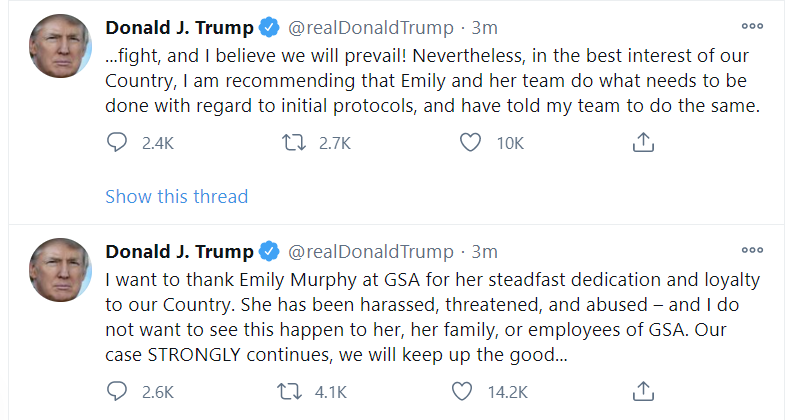