We spent the session here in Asia awaiting the vote on, and thus the result of, the economic relief bill in the upper house of the US Congress. The result is it has been approved, but the process is not over, the bill now passes to the House of Representatives for their vote. Indications are it'll be a least 24 hours before the Reps vote and it is probably most likely to be not until Friday (I have seen Friday 9am Washington time floated),

Ahead of the vote yen crosses traded down. USD/JPY dropped to lows under 110.50 before stabilising somewhat. USD/JPY, as I update is drifting back towards its earlier lows after the news of the approval of the bill has come through. 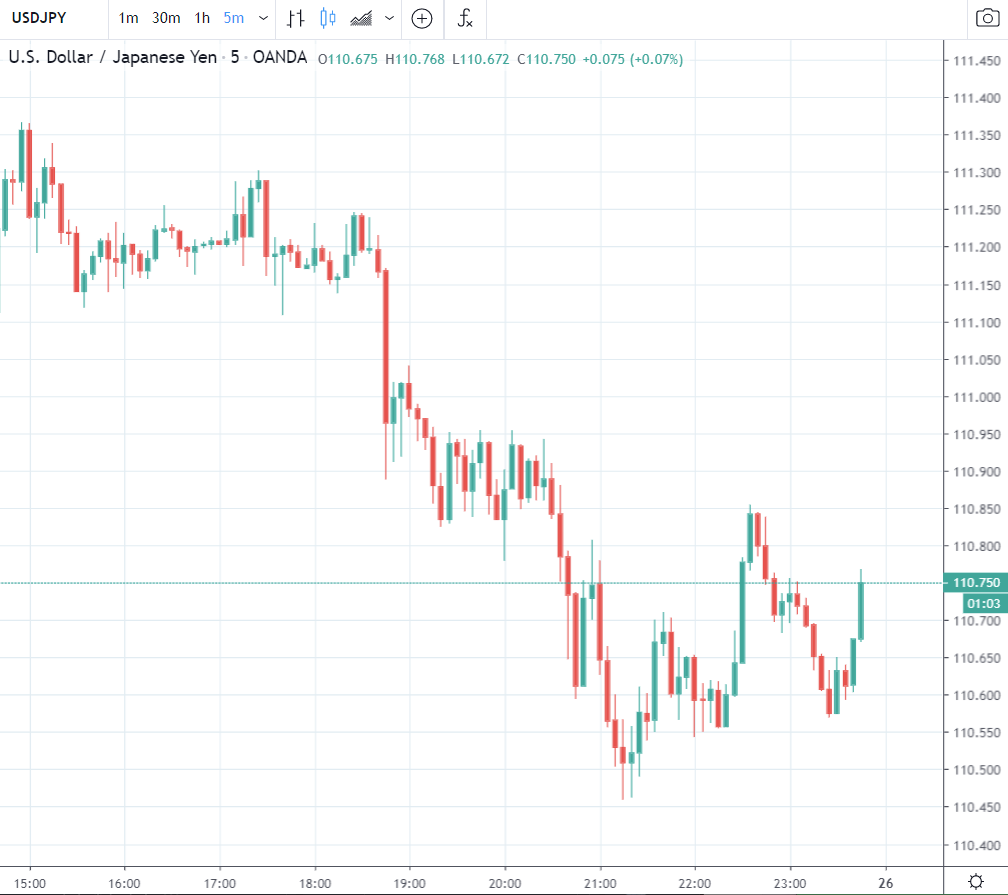 EUR/USD is up on the session, over 1.0900. Cabkle is net not a lot changed while USD/CHF has followed a similar pattern to USD/JPY..

Gold lost some ground early but is net little changed for the session as I update. USD/CAD gained 50+ points on the session, oil has not done a lot.

On the virus, there is a bit of a rebound in cases in Japan, South Korea and Singapore. UK and US total cases continue to surge higher.