Protests in Hong Kong flared again with a general strike called for the day adding to people taking to the streets. The HK legislature is debating a law that would punish those disrespecting China's national anthem today. This seems to be about the only catalyst for movement in the currencies of note, with some flows into the US dollar. We did get vague comments from Trump in the US afternoon about sanctions coming on China, he said he might have more detail at the end of the week. EUR/USD is down 30 or so points while cables is also a touch lower.

AUD and NZD held in relatively well but have succumbed so some weakness alongside.

Construction data from Australia for Q1 showed continued weakness for activity in the sector with a decline of 1% q/q. Public infrastructure spending continues to be strong but despite this public construction fell.

USD/CNH was a big mover, moving above highs from late March. CNY was set a touch weaker, but this has been superseded by the weaker offshore yuan. The PBOC injected 120bn yuan in 7 day reverse repos today saying the additional funds were in response to government bond issuance and ensured ample liquidity remained. Yesterday the Bank injected just 10bn yuan, the first action in open market operations for 37 days. Also from China today, the Ministry of Transport said fixed-asset #investment in transportation projects increased 18.2% y/y to 300bn yuan in April. Data from China today indicated lower industrial profits in April although the fall was nowehere near the massive slump in March at peak shutdown. 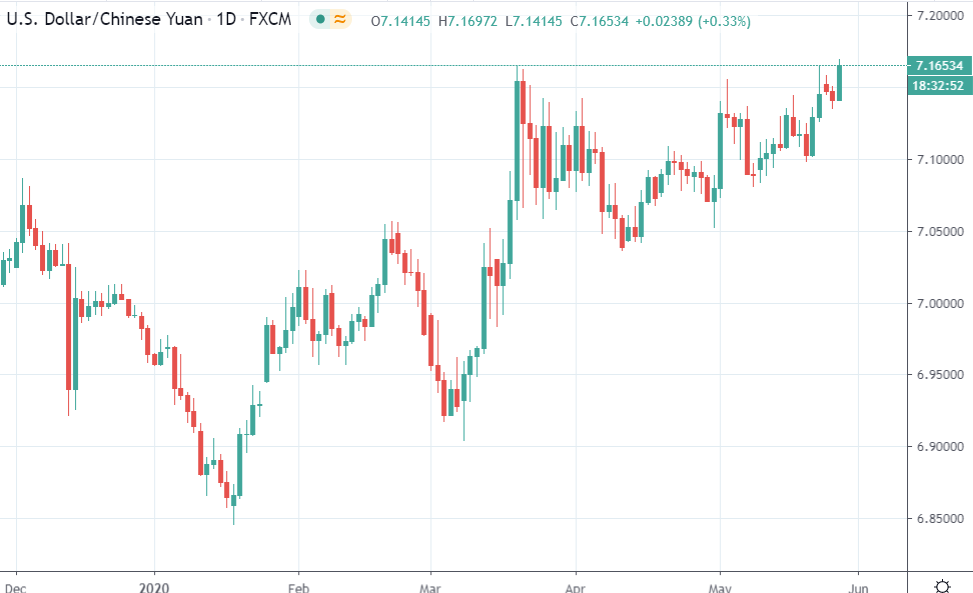