There were a couple of high-impact news items across the wires today, in close succession.

Firstly we got the publication of the much-awaited YouGov/Times MRP poll/model which indicated Boris Johnson's Conservatives well ahead in the election, to the tune of a 65 seat majority (which, if it eventuates, would be the party's best performance since 1987). Again, if the majority eventuates (it does not have to 65, a smaller majority would be welcomed by BJ), it will mean greater certainty for the Brexit process.

The news (read from the bottom up for the chronology of this):

GBP traded higher on the news, towards 1.2950 even after its up performance during Europe/UK/US trade on Wednesday. GBP did retrace, partly on profit-taking but also partly on the next news item to hit.

Which was, US President Trump signed into law the legislation passed by Congress in support of Hong Kong protestors. China warned upon passage of the bill through Congress that it would retaliate if Trump signed the bill into law. Trump has now done so and China reiterated today it would retaliate, without going into specifics. Concerns are that it will come in the form of an impact on the trade talks. While both sides have appeared keen to get something agreed to the signing raised worries today.

The news (read from the bottom up for the chronology of this): 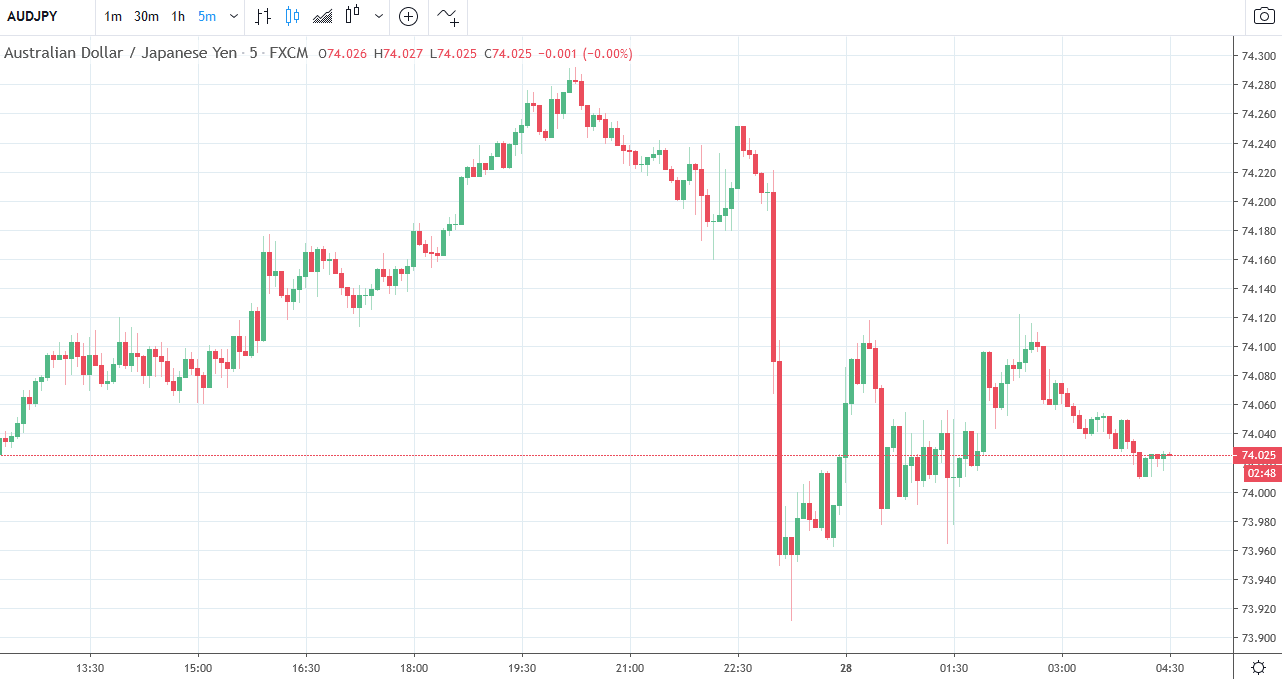 AUD/USD traded down to 0.6760 (just under) before managing a retracement (I'll come to this). While USD/JPY hit as low as just under 108.35. Other risk sensitive currencies lost ground also, NZD/USD, for example, tested towards 0.6700 (not quite getting to the figure though).

NZD/USD staged a sharp recovery soon after, registering a new session high upon the release of the data from ANZ's latest business survey. Business activity and confidence both showed good improvement (business confidence is still well in the negative though). The rally for the NZD was partially reflected in AUD also, dragging it back towards 0.6775 where sellers once again weighed on it.

Later data from Australia, Q3 capex, was a bit of a disappointment and AUD/USD did not manage any higher. Its not far off its session low as I post.

Lost in all this were comments our of the US, Mexico and Canada meeting on NAFTA (USMCA). US trade rep Robert Lighthizer met with Canadian Deputy Prime Minister Chrystia Freeland and Mexican Undersecretary of Foreign Relations Jesus Seade on Wednesday evening (US time). Reports were the talks were constructive (they have been for many years now, right?) and more meetings are to come on Friday, at least between Canada and Mexico. For the session USD/CAD is up near its highs as I update but still under 1.3300.

The other items for the session: