The euro had been weak in the US afternoon after a limited range session. The slump for the currency accelerated late in the US day, with NZ FX markets trading but little else. The move was prompted by reports that France was considering a month-long lockdown as a circuit breaker for the accelerating COVID-19 outbreak across the nation. French President Macron is scheduled to address the nation at 1900GMT Wednesday and we should learn more then. A few minutes after the French news hit came talk that Germany was considering something similar, reports varying from a 2 weeks to 4+ weeks of lockdown. Again, nothing was or has since been officially announced. Something else to bear in mind, the new lockdown restrictions may well not be as harsh as the lockdown initially earlier in the year (ps. Melbourne Australia readers will rightfully disagree, Australia's second largest city is just emerging from lockdown 2, which was much more restrictive than lockdown 1).

EUR/USD dropped to lows circa 1.1770 before stabilising. AUD, NZD, CAD, yen and CHF all fell alongside, to greater or lesser extents. GBP got a bit of a triple whammy with a Brexit-related headline crossing (EU - UK talks 'most difficult' according to an EU official, see bullets above for more).

On the data agenda today it was Q3 inflation from Australia - the results provided little to change the consensus view that further easing efforts are coming from the Reserve Bank of Australia at their policy meeting on November 3.

Bitcoin headed to its highest since January 2018: 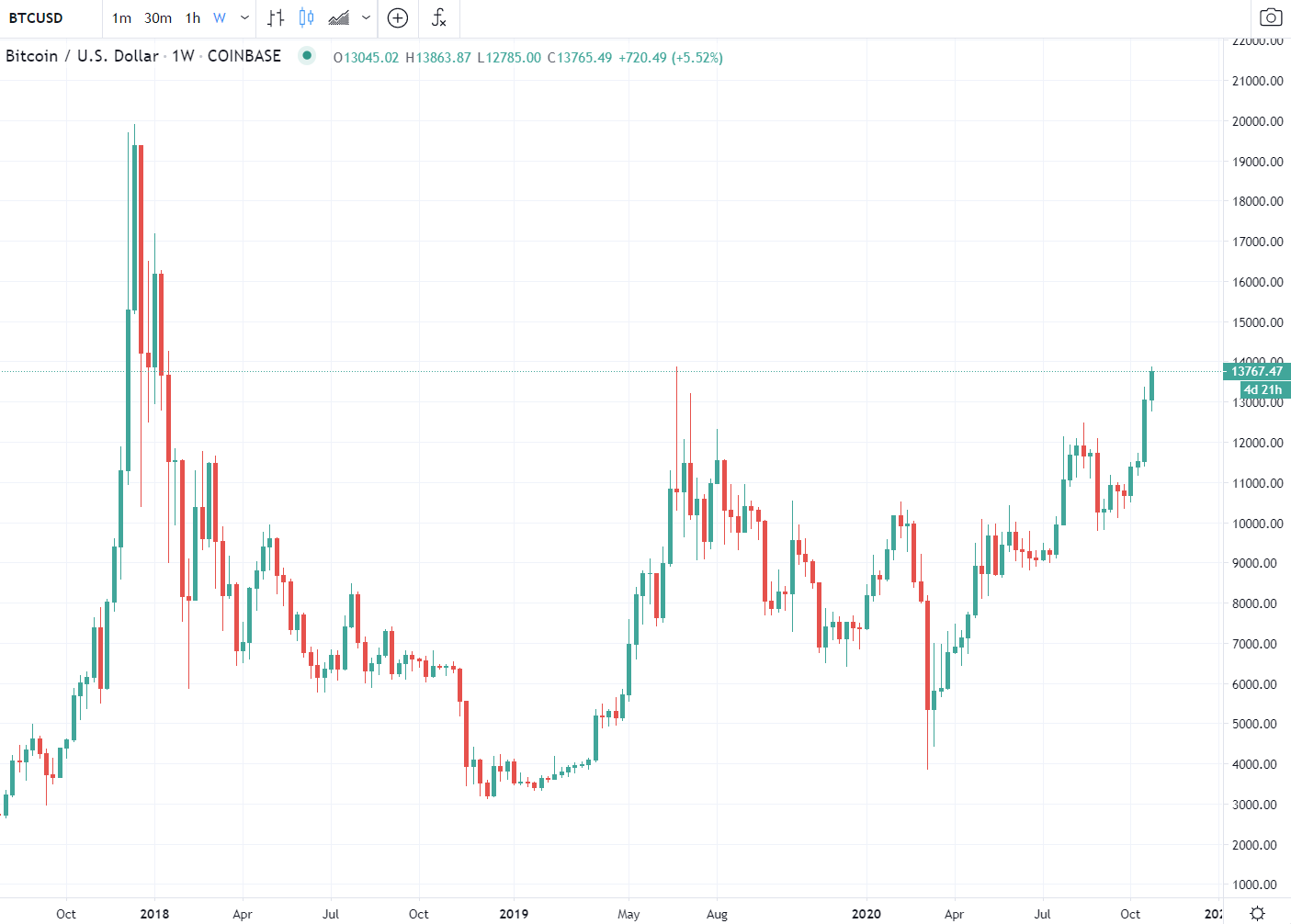