It was a good news day for the New Zealand dollar and it responded with an upmove. Q4 employment data (official NZ job data is only once a quarter) showed a much, much lower unemployment rate than was expected, which prompted an immediate mark up in the currency by just over 30 points. There was barely any pullback in the rate and NZD/USD marched higher for the balance of the session. A later announcement that the Pfizer vaccine had received preliminary approval for use in the country saw the kiwi $ add to its gains.

The spectacular employment report prompted NZ rate markets to move to no longer price a cash rate cut from the RBNZ this year.

The Australian dollar tagged along behind, held in check somewhat by some NZD/AUD buying. Reserve Bank of Australia Governor Lowe spoke today, not straying from his policy statement the previous day. On Tuesday the RBA announced it would be extending its bond-buying QE program, Lowe explaining again today that:

USD/CAD dipped towards (but not hitting) 1.2760 with oil getting an added boost early in the session from the private survey of oil stocks (see bullets above).

FX movement elsewhere was more subdued. EUR/USD has barely registered movement since NY close. Cable made highs above 1.3680 and is off a few points since.

USD/JPY did a lap of a 10 point range. BOJ Deputy Governor Wakatabe spoke today, watering down expectations of much change from the bank's monetary policy review due next month. 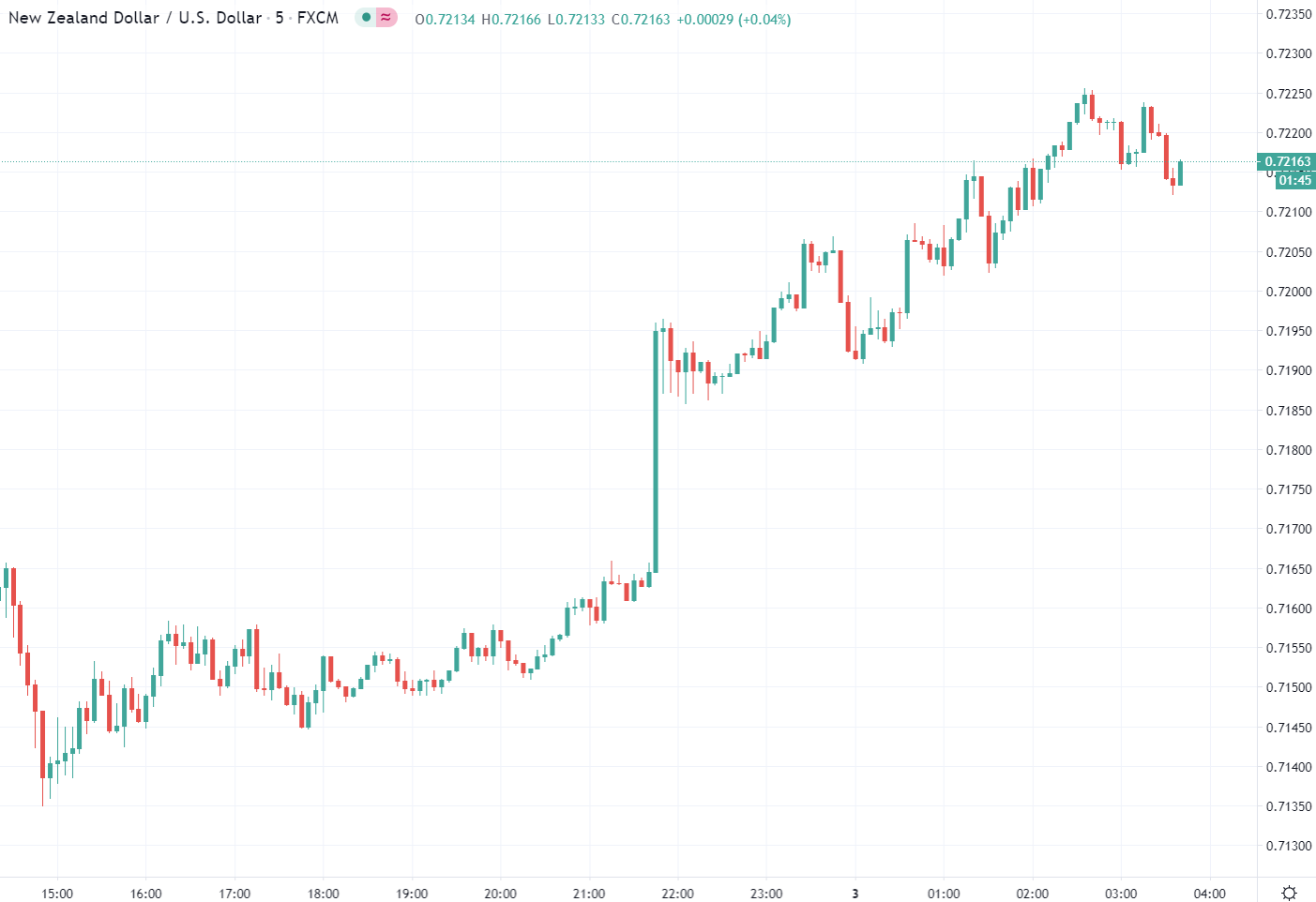