There was USD weakness pretty much across the major FX board here during the Asia session, with the Australian dollar a star performer. Big AUD/JPY buying was seen out of Japan early in the piece, driving the cross over 75.70 briefly and AUD/USD above 0.6980 for huge gains. There has been some pullback as I update. EUR, GBP, NZD, CAD all followed a similar path, higher then some pullback.

News flow was light but we did have some data. Of minor note were the PMIs from Australia, both awful, and similar from Japan.

But ... as you can see from the opening lines to this post none of it mattered to the Australian dollar. Huge move for it here today (and others too). The Australian dollar has been strong for weeks now and those following along with the 'trend is your friend' advice (for this and other 'risk' assets) will be seeing its value. 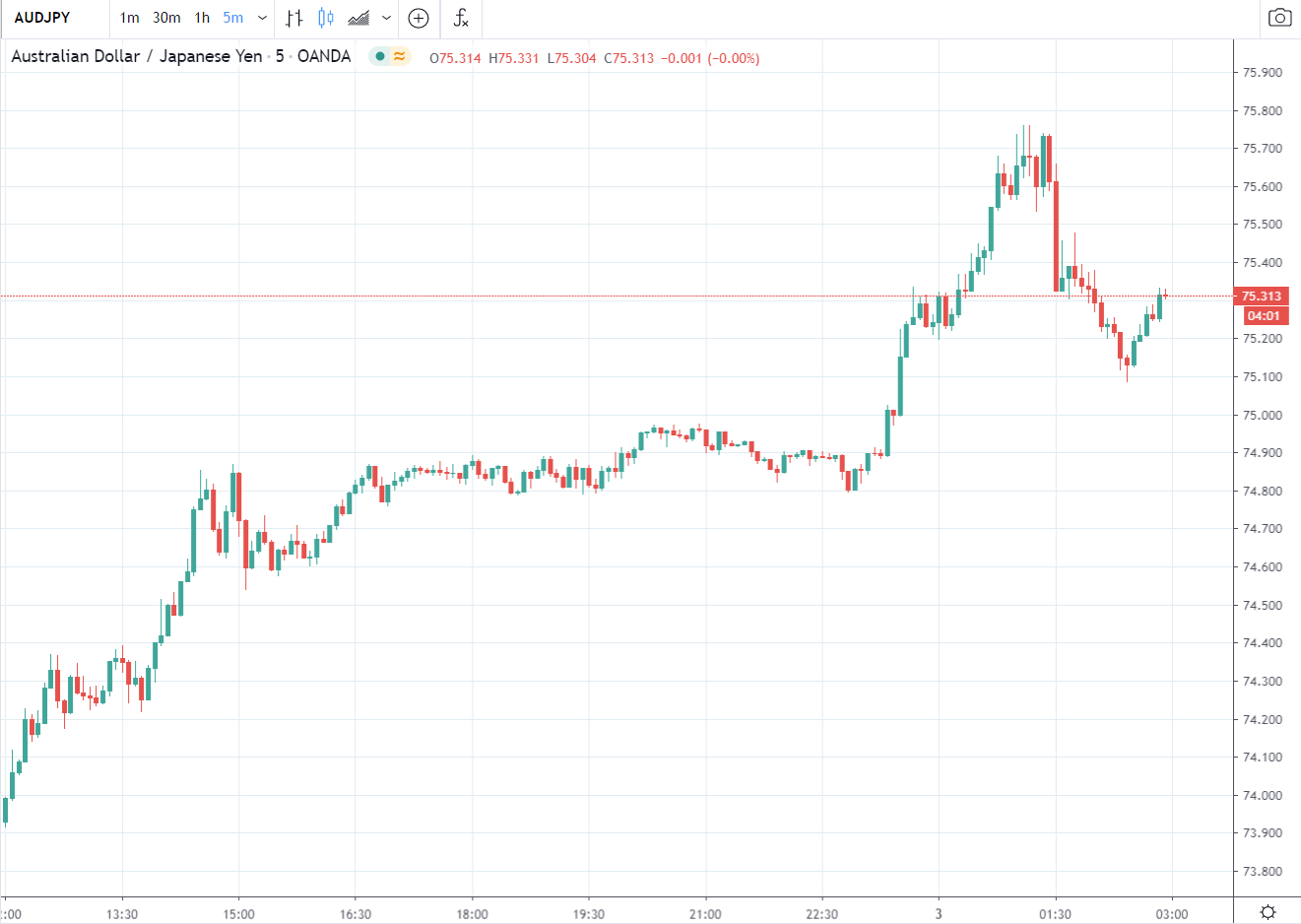 Oil, too, higher for the session. Early inventory data gave it a pop and it never looked back.