Currencies moved higher against the USD right after the US close as big tech firms (Apple, Amazon, Facebook) announced beats on estimates, and there were tentative signs from the White House they were working towards getting the next round of stimulus passed.

The currency moves soon stabilised but when the big 3 centres of Tokyo, Singapore and Hong Kong became active the moves extended further almost across the board (CAD was a laggard).

USD/JPY dropped from early highs around 104.80 to lows circa 104.20. On the way down we had comments out Japan's Ministry of Finance, first from an official and then later from the Minister Aso himself, saying they sought FX 'stability', which is a coded way of saying the yen is appreciating too quickly. This verbal intervention has had little impact, though. As I update USD/JPY is on its session lows.

AUD, EUR, GBP, CHF all gained against the dollar. NZD did also but is a little behind the others while USD/CAD is little net changed. Gold spurted above $1,965 and is trying 1970 as I post.

Other news centred on continuing negotiations in Washington between Pelosi & Schumer and Mnuchin & Meadows on the various matters making up the next stimulus bill - extension of extra unemployment payments are one of the key issues. Talks have concluded for the evening with the usual non-committal sort of comments to media along the lines that some progress had been made, there are still sticking points, and there will be more talks to come (Friday and Saturday says Mnuchin).

On the data front a couple of notable releases. Japanese industrial production bounced m/m in June after the dismal drop in May. The Japanese government upgraded its assessment for factory output, saying it had bottomed. From China we got the official PMIs for July, with a fifth consecutive month of expansion for manufacturing and an expansion again for services (albeit below the consensus central estimate). 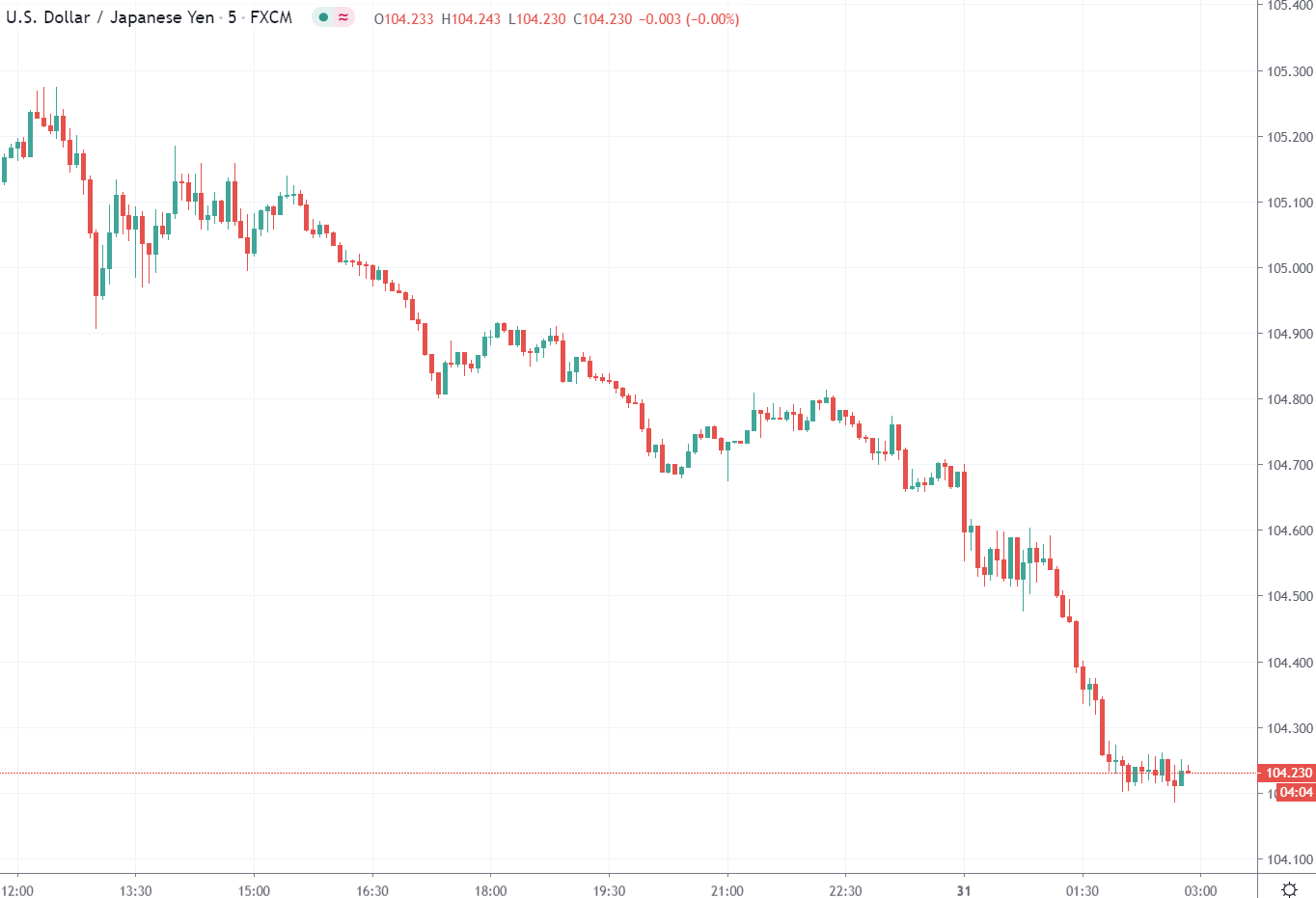