USD/JPYwas bought over the Tokyo fix for a 30-odd point move up to high just over 110.70 - the final Tokyo fix for the year (Japanese fiscal year, that is). The move higher did not stop there, after an hour or so of consolidation the pair moved higher again, to highs just under 111 for the day (as I post). There was little of an obvious catalyst to prompt the move leaving us grasping at what was new during the session:

The US dollar was mixed elsewhere, higher against the CHF, lower against the AUD (not by much) and barely changed against other majors.

China's official PMIs for March were released today, with both manufacturing and non-manufacturing beating consensus estimates. Australian credit data showed lending for housing carrying on, and lending for business shrinking for the first time (y/y) in the month for just under a decade. Building approvals data out as well showed the pipeline of new housing to be constructed continues to grow.

Regional equities did not have a good day (Australia excluded): 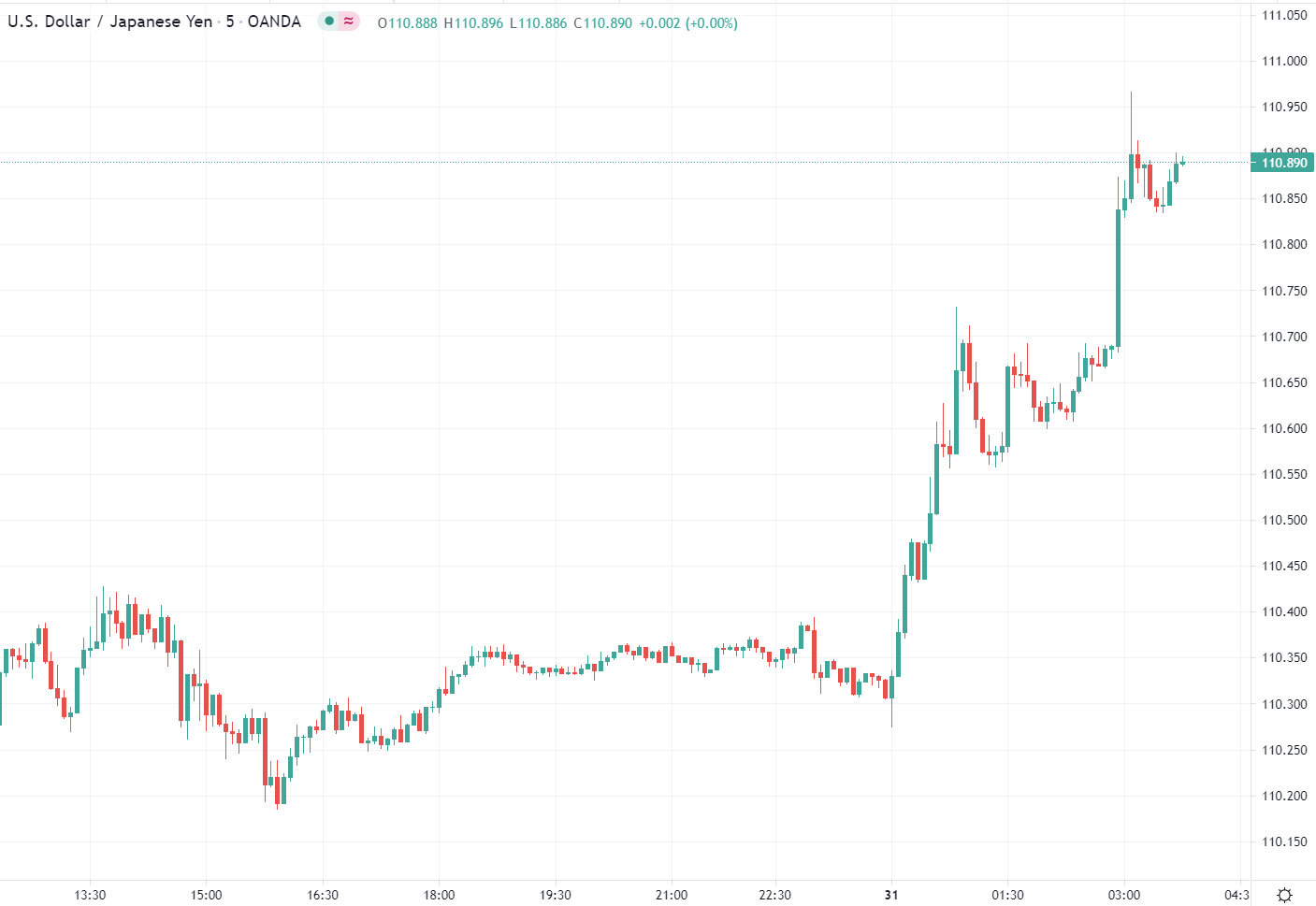