Data out of China over the weekend showed further relative weakness in exports from the country. The weak data was a negative for risk FX in the early hours but the flip side with weak China data is always the expectation (most often justified) that it'll prompt stimulus moves (Friday's RRR cut an example).

There was other news hitting over the weekend, of most interest to GBP traders were continuing developments in Brexit. While we await the UK day and the news it'll bring The Times reported PM Johnson may have accepted an extension to the October 31 exit date is inevitable. Again, though, we await Monday news to see how this progresses. GBP did manage to recover its early losses, but only on a retrace basis at this stage as it site mid-range for the session. 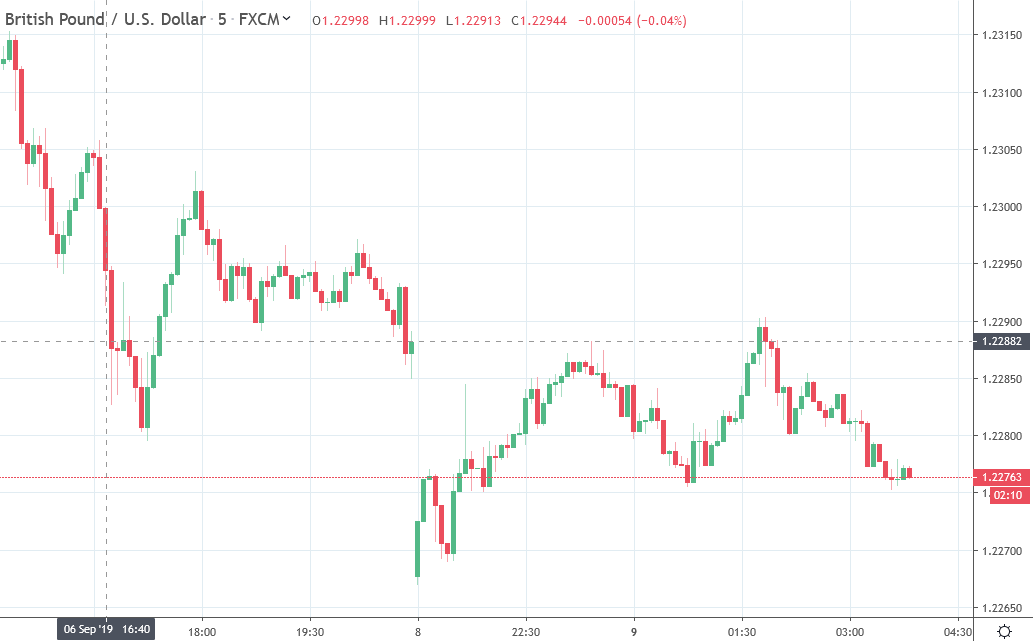 AUD/USD, too, recovered its early Monday loss, with housing finance data for August coming in strong and giving it a boost (and ignoring the fall in business financing …. ugh)

Overall it was a session of small ranges and not a lot of net change.