While there was plenty of data out today and the odd piece of news market attention is very much focused on the US-China trade talks scheduled to commence later this week. US President Trump spoke in the US afternoon expressing he would prefer a comprehensive trade deal rather than a partial one.

At the same time, we had the US Commerce Dept announce that it had placed 28 Chinese firms on the "Entity List", restricting their ability to do business with American firms. This is quite a severe blow to these firms, they are not firms that have the ability to switch chip manufacture in house and are thus very reliant on firms like Intel and Nvidia. The Commerce Dept. cited concerns on Uigher (a Muslim minority in China) treatment in China in reasoning for the blacklisting. Disentangling this from trade talk may be an obstacle in the negotiations ahead.

A further eyebrow raiser was the FT reporting the US is considering credit support to Huawei competitors (see bullets above).

Despite this yen has lost some ground and AUD has gained some. A further less than positive factor for the AUD today was the NAB business survey showing business confidence falling to a 6-year low. AUD/USD moved from lows around 0.6730 to test towards 0.6750.

NZD/USD performed better. Early data from New Zealand showed a government surplus for the most recent fiscal year, alongside a lower than forecast government debt position. Kiwi $ rallied just shy of 35 points. CAD fared OK on the day, up 15 points or so against the USD (ie USD/CAD down)

EUR/USD is up small, as is cable. As mentioned, USD/JPY is up on the session and is around its US timezone high as I post. 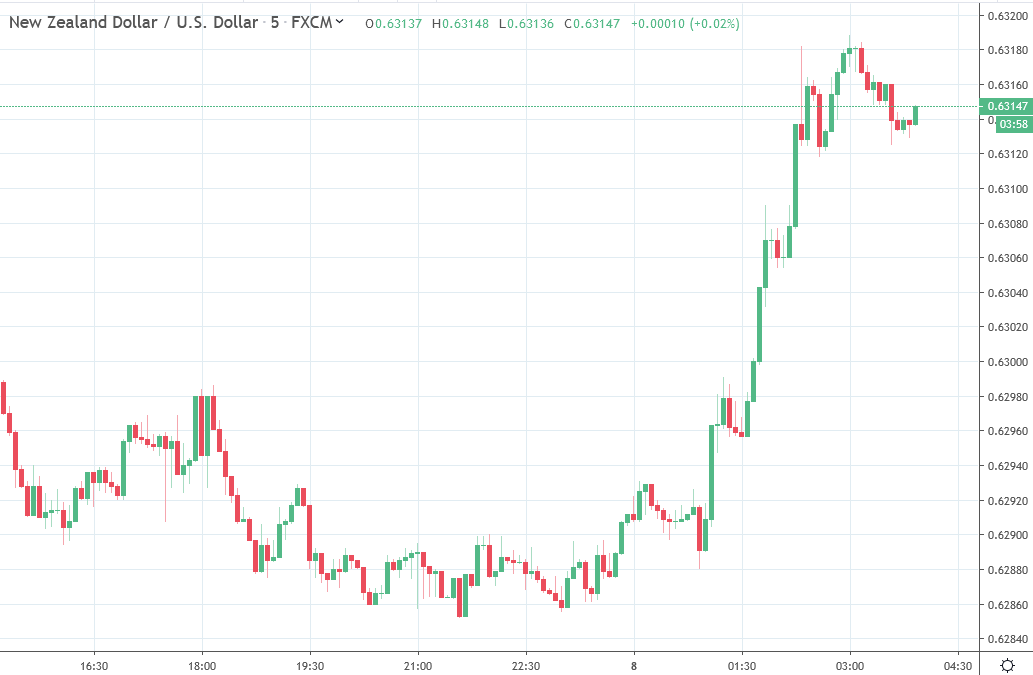