GBP and NZD firm against the USD

The session started positively tilted towards risk after better than expected data out from Chinese industrial production and retail sales. This saw a nice pop higher in AUDUSD which gave a AUDUSD upside directional bias.

UK employment data came out earlier but the GBP ignored the release as the true UK labour market is concealed until the furlough scheme is due to come to an end in October. Of course, it could always be extended, but the market wants to see the real state of UK employment without the scheme especially as some companies are planning redundancies for after the end of the scheme.

French inflation came in on expectations and there was no surprise there. EURUSD pounced around the 1.1900 in early trading with some chunky options in the region.

Swiss PPI data showed that deflationary price pressures are alive and well in Switzerland, so there is nothing there that will be moving the SNB's hand next week. They should maintain their rates at -0.75% for the foreseeable future.

The IEA report came out and that echoed the OPEC report from yesterday as it cut its 2020 crude oil demand forecast by 200k bpd to 91.7mln bpd. The demand story for oil is weakening now as Adam pointed out yesterday here and you would favour sellers on rallies higher.

German ZEW showed optimism growing, but will expectations meet reality? The European banking sector a little more sanguine on what may be ahead with ZEW reporting a negative outlook on the prospect of bank defaults. At any rate, despite the further rise in expectations, the EURUSD was unfazed looking ahead for the FOMC.

One chart of interest was gold. It made an early break out attempt of a daily triangle pattern I have been flagging over the last couple of days. See here. There was an interesting discussion on the post linked in this paragraph on the technical likelihood of the gold breakout being legitimate or not. My perspective is that I want to see a 'bearish' fed weaken the dollar to support any break higher on gold. Patience is the name of the game, but the technicals are winding up for a break. FOMC seems the time and the place for that. 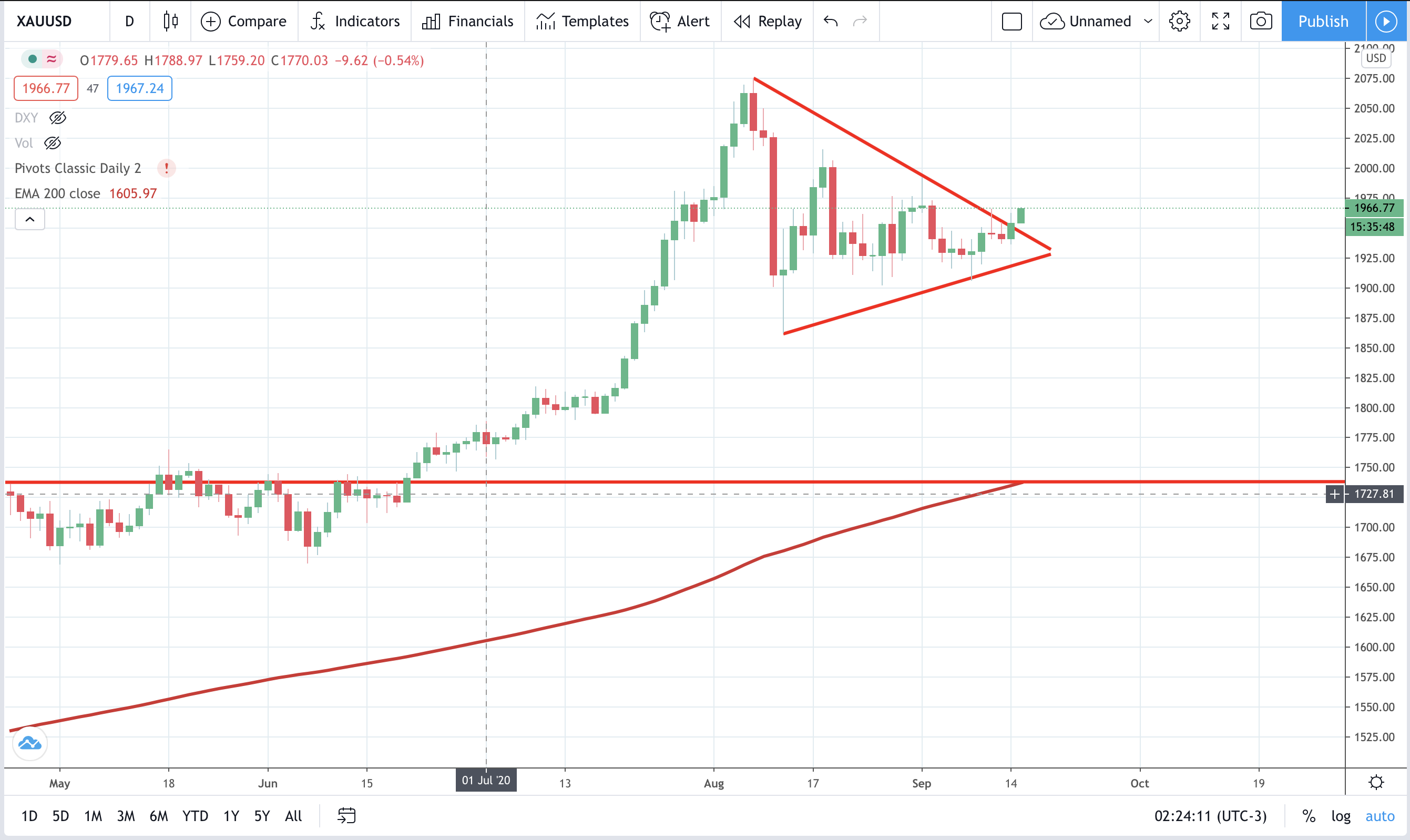