The market continues to be gripped by geopolitical tensions between US and Iran but the lack of an urgent response from the US after the Iranian missile attacks have prompted traders and investors to fade the fear surrounding the situation.

I can't really recall the last time US futures made such a massive rebound after from ~2% losses to set itself up for a positive open at the opening bell later today.

Iran initially made a claim that there were 80 American soldiers killed in the overnight missile attacks but that didn't really add up with the lack of urgent action by the US camp.

Market participants went with the latter and that saw traders choose to ignore the geopolitical tensions and headlines for the most part during the session.

As the fear ebbed during the session, USD/JPY steadily climbed from 108.40 to 108.70 while the dollar also made some headway against the euro and pound in the latter half of European morning trade.

Notably, cable rose to a high of 1.3170 before running into heavy selling at the 10 a.m. London fix, dropping to 1.3092 and is staying pressured for the time being.

As market participants await Trump's statement later in the US morning, gold saw gains decline with price falling from $1,590 to $1,578 currently and oil has pretty much erased all of its gains in a drop to near $62 per barrel; all this as the fear continues to fade.

Looking ahead, the market pretty much has a sense that the overnight action is all about the theatrics so it will be interesting to see how Trump frames it all up later today. Oh, don't forget it is also NFP week so we will have US ADP employment data to come as well. 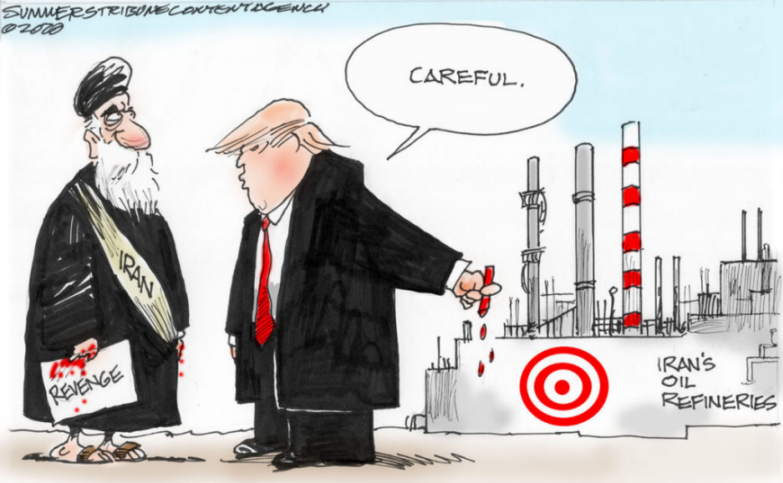