The US and Canada both had holiday's today.  The US in observance of Columbus Day and Canada for Thanksgiving. The US holiday was a quasi holiday in that the postal and government offices were closed and with it the US bond market, but the US stock markets were open.
The US major stock markets traded higher early in the session, but started to reverse lower and closed at/near session lows.  The Dow was the worst performer with a decline of -2.50%. The Nasdaq was relatively better but still closed lower by -0.64%.  Both those indices traded up 0.59% at session highs. 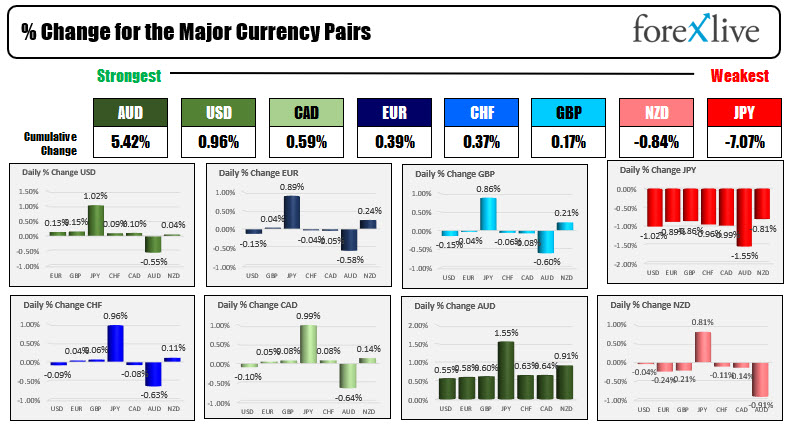 Tomorrow the JOLTs job openings will be released.  Feds Clarida will also be speaking. The U.S. Treasury will auction off both three and 10 year notes at 1 PM ET. The US bond market will be open once again.