The GBP was the strongest of the major currency pairs as the UK signaled that Brexit talks would continue beyond PM Johnson's October 15 deadline given the will to make a final push toward an accord.

That news helped to propel the GBPUSD (and GBP pairs) higher. The GBP is ending the day as the strongest of the major currencies. 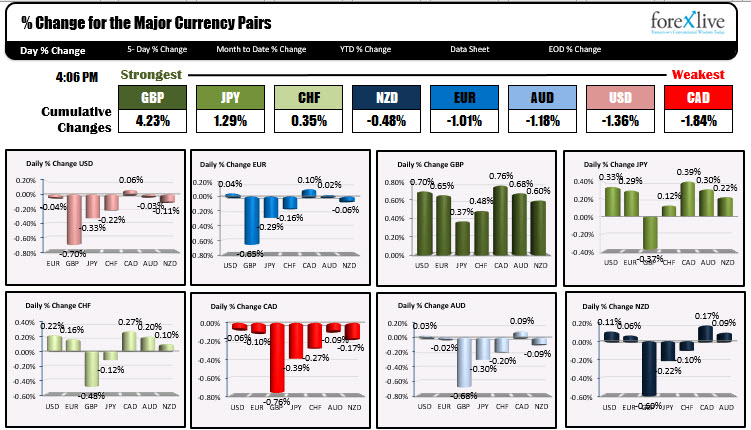 The trading ranges for the GBP pairs were also well above what has been the averages over the last 22 days (about a month of trading).  The GBP pairs were off their session highs but kept most of their gains (see the charts below). 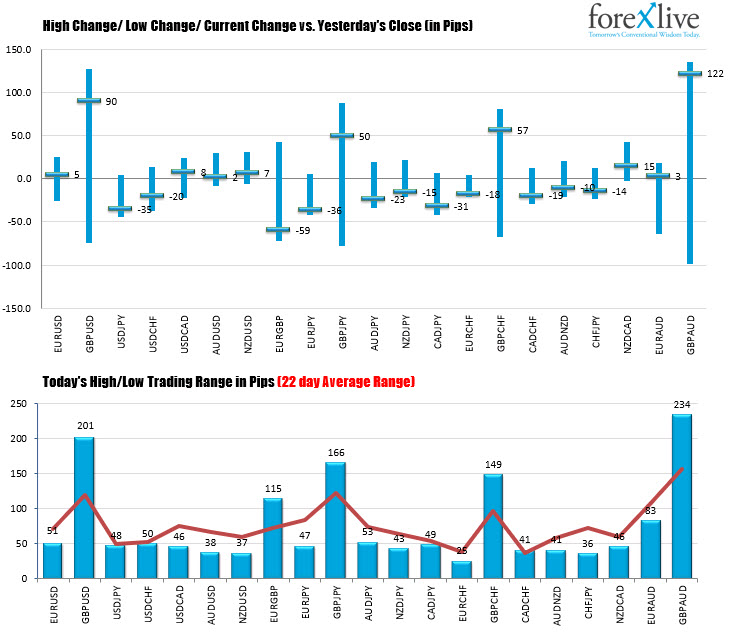 The weakest currencies today were the CAD and the USD.

In the North American and European stock markets, the major European indices closed with mixed results. Spain's Ibex led the way with a 0.6% gain. The UK FTSE 100 was the worst performer at -0.58%. The German DAX was near unchanged at +0.07%.

In the US stock market, the major indices fell for the 2nd consecutive day. The NASDAQ index led the way with a -0.8% decline. The Dow industrial average fell by -0.58%.

The stimulus talks continue to get nowhere in the US. Speaker Pelosi and Treasury Secretary Mnuchin talked once again but did not reach a coronavirus aid agreement.   They plan to speak again on Thursday. Mnuchin did say that getting something done before the election and executing on that would be difficult. Those comments helped to push the stock market lower today.

In France day, the French government declared a state of emergency. In the UK new sanctions could be going into place in a matter of days. The number of cases across Europe are now higher than the number of cases in the US.

Some technical levels to watch and to the new trading day: