A look at some of the other markets heading into the close for the day:
The big event today was the news that Moderna's covid drug was 94.5% effective. That surpassed the Pfizer's drug which was 90% effective.  Good news for Covid, although it will still be months before a more meaningful distribution. Meanwhile, the covid statistics continue to march higher with hospitalizations at record levels in the US.
Nevertheless, the news propelled stocks higher in what was a soft data day (only Empire manufacturing index was released with the index coming in weaker at 6.3 vs. 13.5 estimate).  The Dow and S&P both closed at all time record levels. The Dow closed just 50 points or so from the 30,000 milestone.  For the year, the S&P is now up 12.26%. The Dow is up 4.95%.
The final numbers are showing:
In the US debt market, yields moved marginally higher with the yield curve steepening:
In the forex market today, the NZD is the strongest followed by the NZD as flow of funds went into the risk/commodity currencies. The USD and CHF were the weakest as investors shed the safety of those currencies. 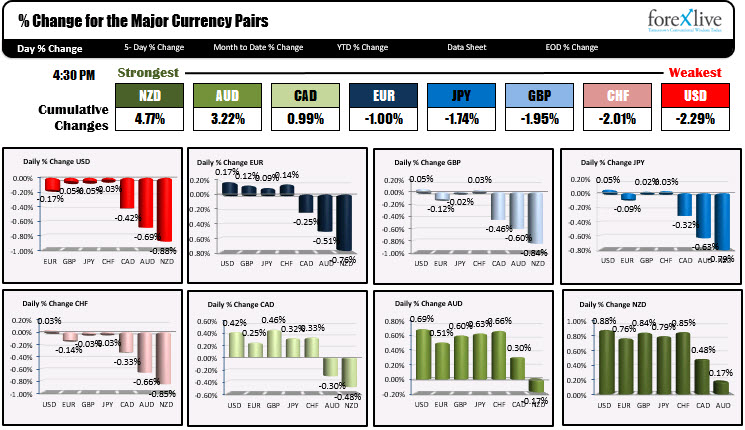 Some technical levels going into the new trading day: