Data on the US came out better-than-expected today, with the housing rebound continuing. The existing home sales data for July (accounts for 90% of US housing transactions) rose to 5.86 million vs. 4.70 billion in the previous month and above the estimate of 5.41 million. The sales pace was the strongest since 2006 with all regions posting double-digit gains. Moreover medium sales price jumped as inventories declined to a small 3 month supply.  Gains attribute it to cheaper borrowing costs, pent-up demand, and the movement of city dwellers to suburban buyers on the back of the pandemic related shutdowns and the home workplace.

Baker Hughes recount provided a upside surprise by adding 11 oil rig counts in the current week. That was the largest increase since January and took the value off of the lowest level since 2005 last week.

In the forex market this week, the JPY was the strongest of the majors while the EUR was the weakest.   The USD is closing mixed with gains vs. the EUR, CHF and AUD and declines vs.the JPY, CAD, and near unchanged vs. the GBP and NZD. 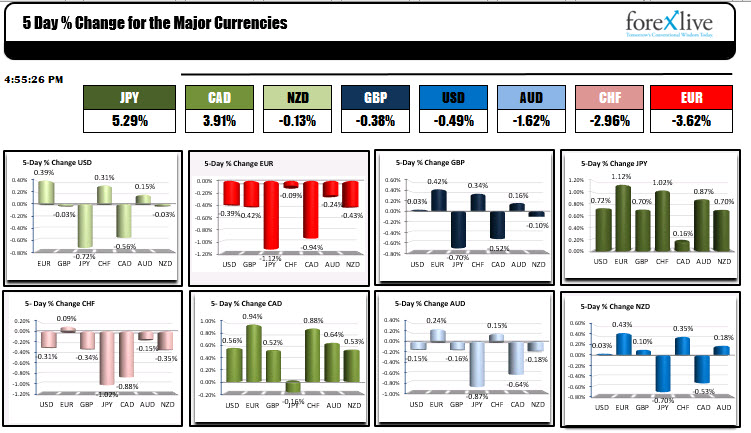 Other key releases for the week includes: