In other markets as the trading we comes to close is showing:

In the US stock market, the  S&P index closes just shy of record levels at 3025.68. The price closed at 3022.55 but did trade intraday above that record close level.  It did, however, fall just short of the all time intraday high at 3027.98.   The high price reached 3027.39.   The NASDAQ composite index was the biggest gainer amongst the major global indices today. The UK FTSE 100 was the only index in the red today as the Brexit October 31 date approaches next week, and there is still uncertainty as to what exactly might transpire. 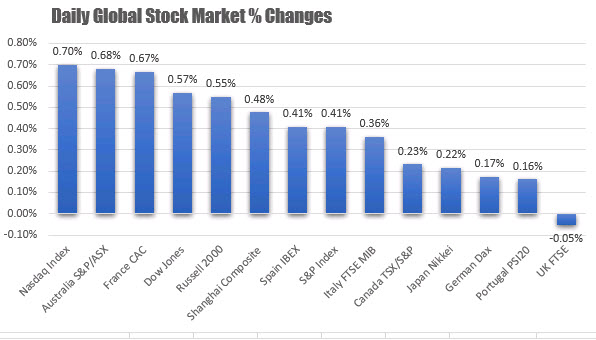 Although lower for the day, the UK FTSE 100 led the charge for the week, rising by 2.43%. The best gainer in the US was the NASDAQ index which rose by 1.9% (see the rank of the major indices below). 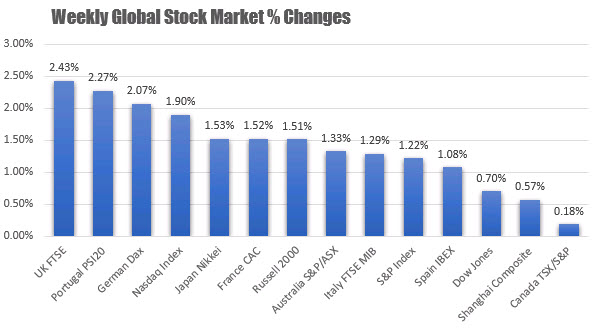 In the forex market today, the CAD road the trend for the week and ended as the strongest on the day. The AUD and the USD also moved higher.    The biggest the choir was the NZD for the day. 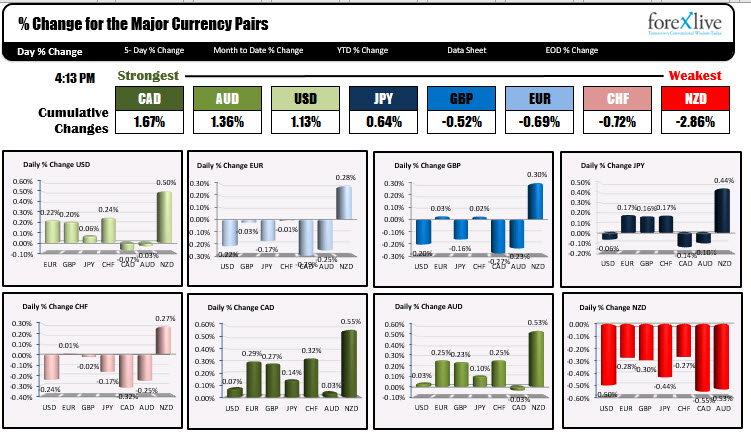 On the week, the CAD was also the strongest with gains against all the major currencies. The GBP was the weakest after the UK approved the Boris Johnson Brexit deal but voted down his quick timetable to sign it into law.  That did not sit well with cable buyers and the price rotated lower ahead of next weeks key decisions. 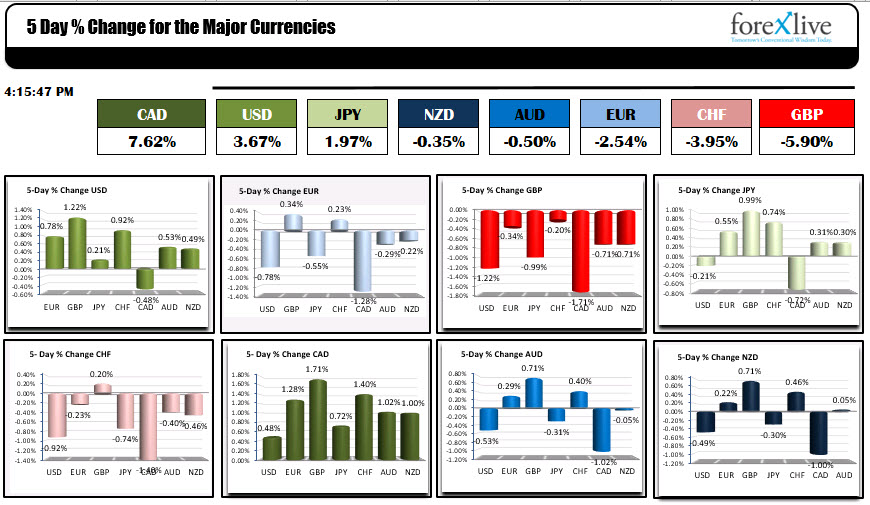 Technically speaking today (and for this week too),
Next week is shaping up to potentially be a very volatile trading week with:
On the earnings front next week:
are all due to release earnings.
So there is lot of stuff that can cause market volatility.
Thank you for your support this week and always.   Wishing you all a happy and healthy weekend.