Forexlive America FX news wrap: The GBP ends the month as the strongest of the majors

The forex news for North American trading on January 29, 2021

It was a relatively quiet day for the meme stocks, after yesterday's volatile price action following the restrictions on trading by RobinHood and others. The relative calm in the meme stocks, did not  stop the major US indices from moving sharply to the downside and closing down near -2%.

A comment from Pfizer's CEO accelerated the decline after he said "there is a high possibility that future variants will elude vaccines".

That is not good for markets that are more focused on seeing the light at the end of the tunnel from the vaccines, vs. seeing another train light coming in the opposite direction straight toward a mid tunnel collision as a result of another variant that does not stop the Covid spread.

Today was month and then the major US indices closed mixed with the NASDAQ index rising by 1.42% while the Dow industrial average fell -2.04% and the S&P index fell -1.1%. European shares for the month of January got off to a slow start with all declining. The France's CAC led the way with a -2.74% decline. Asian-Pacific shares increased with the Japan's Nikkei up 0.8%. The Shanghai composite and Australia's S&P/ASX 200 index eked out small gains (0.29% and 0.30%).

In the Forex today, the CAD is ending as the strongest of the majors, while the AUD and JPY are the weakest.  The USD had in other volatile up and down trading session in most of the currency pairs, but largely waffled sideways while stocks did their nosedive in the New York afternoon session. 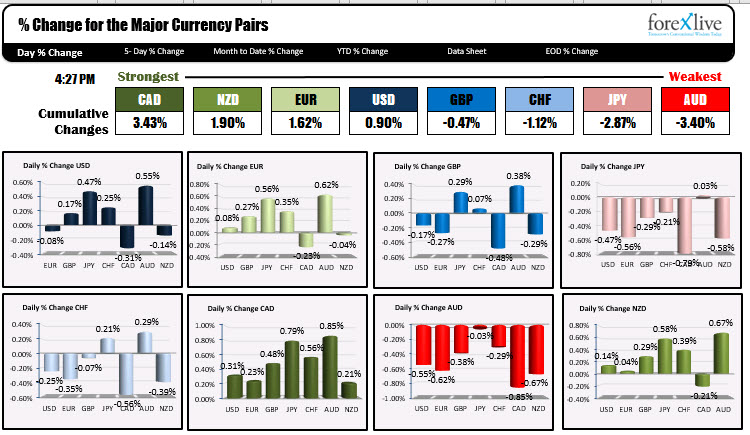 For some specific currency pairs:

for the month of January, the strongest currency was the GBP, and the weakest currency wa the JPY.  However, overall, you can characterize a price action is more choppy than trending for most of the currency pairs to start the new year.  The US dollar was mostly stronger with the largest gains vs. the JPY (+1.42%), the AUDUSD, +0.68% and the EUR (+0.67%). The greenback was modestly lower vs the GBP and near unchanged vs the NZD.  Below are the rankings of the major currencies for the month of January. 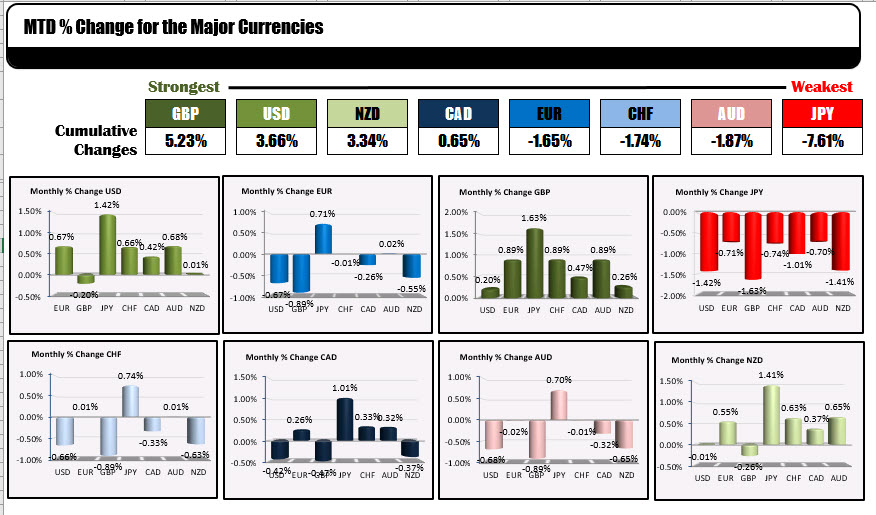 Fundamentally today:
Wishing you all a good weekend. Thank you for your support.