The FOMC kept rates unchanged as per expectations and Fed Powell reiterated - and even enhanced - his previous statement that the Fed is not even "thinking about thinking about, thinking about raising rates" (He added a "thinking about".  Get the idea?). Some highlights from his presser included: 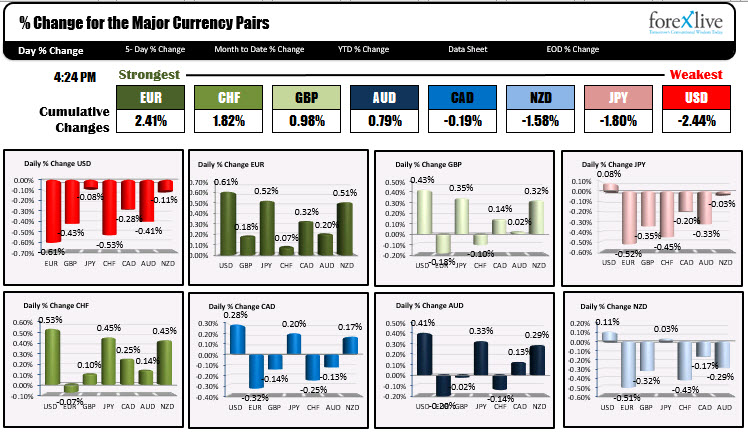 In other markets,
In the stock market, the big tech firms CEOs from Facebook, Amazon, Alphabet, and Apple testified on Capitol Hill regarding anticompetitive practices. Of course there was lots of afinger-pointing by congressional members, but overall the leaders of the firm's held their ground. The NASDAQ index closing up 1.35% is a testament to their success (the testimony is still ongoing).
The final numbers in the stock market today are showing:
PayPal earnings-per-share beat expectations at $1.07 vs. $0.88. Revenues were also higher at $5.26 billion vs. expectations of $4.99 billion.
Qualcomm earnings-per-share also beat expectations at $0.86 vs. $0.71 expected. Revenues totaled $4.89 billion vs. $4.81 billion estimate
Both PayPal and will come stocks are up in after-hours trading.
Tomorrow Facebook, Amazon, Apple, and Alphabet will release their earnings. Facebook was scheduled to release today but due to the testimony, it was postponed to Thursday