A little less than 24 hours ago, the markets got moving after reports of a bombing of a US base in Iraq hit the newswires.  Stocks moved sharply lower.   US yields also moved lower. Gold prices soared as did crude oil. 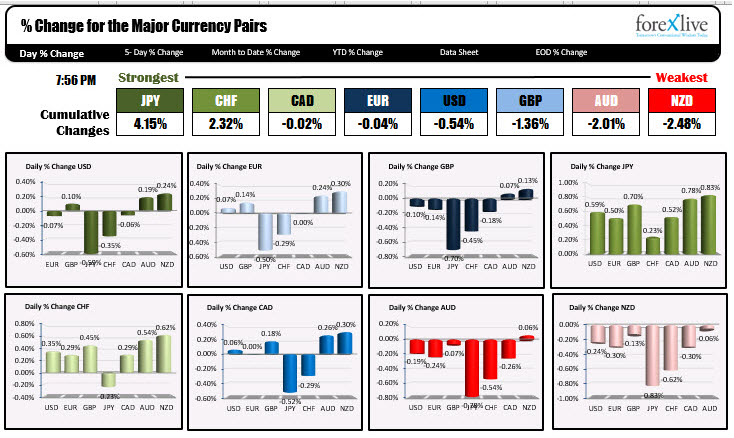 Nearly 21 or so hours later the strongest to weakest ranking was literally turned completely around. 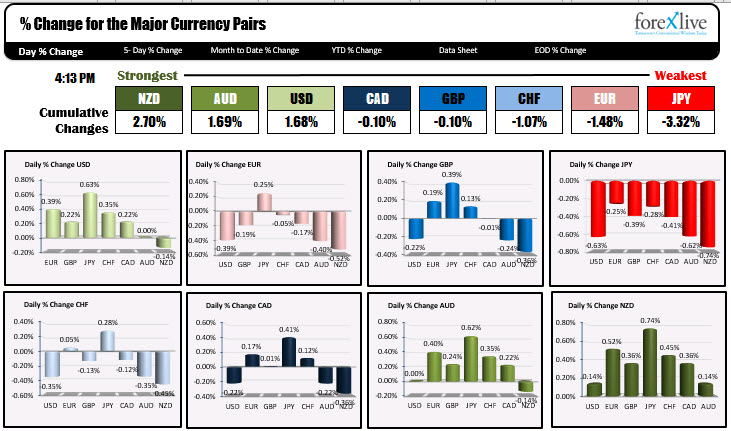 What was the catalyst?

Stocks moved higher after his speech as did US yields.  Gold moved lower.   In the oil market, it moved lower and was kicked even lower by weekly inventory data that the showed a surprise build and inventories (the private data and estimates were expecting a large drawdown).
A snapshot of the other markets showed:
In the US stock market, the Dow was down as much as 400 points and the E-mini futures were down over 50 points in after hours trading late yesterday.  At the close today, the
In the US debt market, 10 year yields are ending up 5.1 basis points at 1.869% after trading as low as 1.703% soon after the attacks.  Today the US treasury auctioned off $24 billion of 10 year notes, but demand was not that great.  That could be another indication that geopolitical risks are leading traders to think "higher yields" instead of lower yields from the flight to safety trade/fear.

Almost an afterthought in trading today, was the release of the ADP employment report. It showed a gain of 202K versus an estimate of 160K. Moreover the prior month was revised higher to 124K from 67K initially reported.
Recall that last month the November US job report from the BLS came in much stronger than the ADP report at 266K (vs 67K initially reported).  So perhaps it was a little catch up.   The monthly US jobs report will be released on Friday. The estimate is for 160K.
Although the geopolitical winds may have died down today, the risks still remain. So traders will be monitoring the headlines very closely (there was already a report of a bombing in Baghdad late in the session).  If the tensions calm down, the focus will start to look toward the employment report on Friday.
Good fortune in your trading.