Get ready for the FOMC

NZDUSD long on a dovish hand

The last FOMC meeting in June resulted in a shift higher in the USD. The reason was due to the dot plot shift which demonstrated that FOMC board members saw interest rates coming sooner than they had previously. This resulted in some USD strength and chatter that the 'reflation' trade was over. 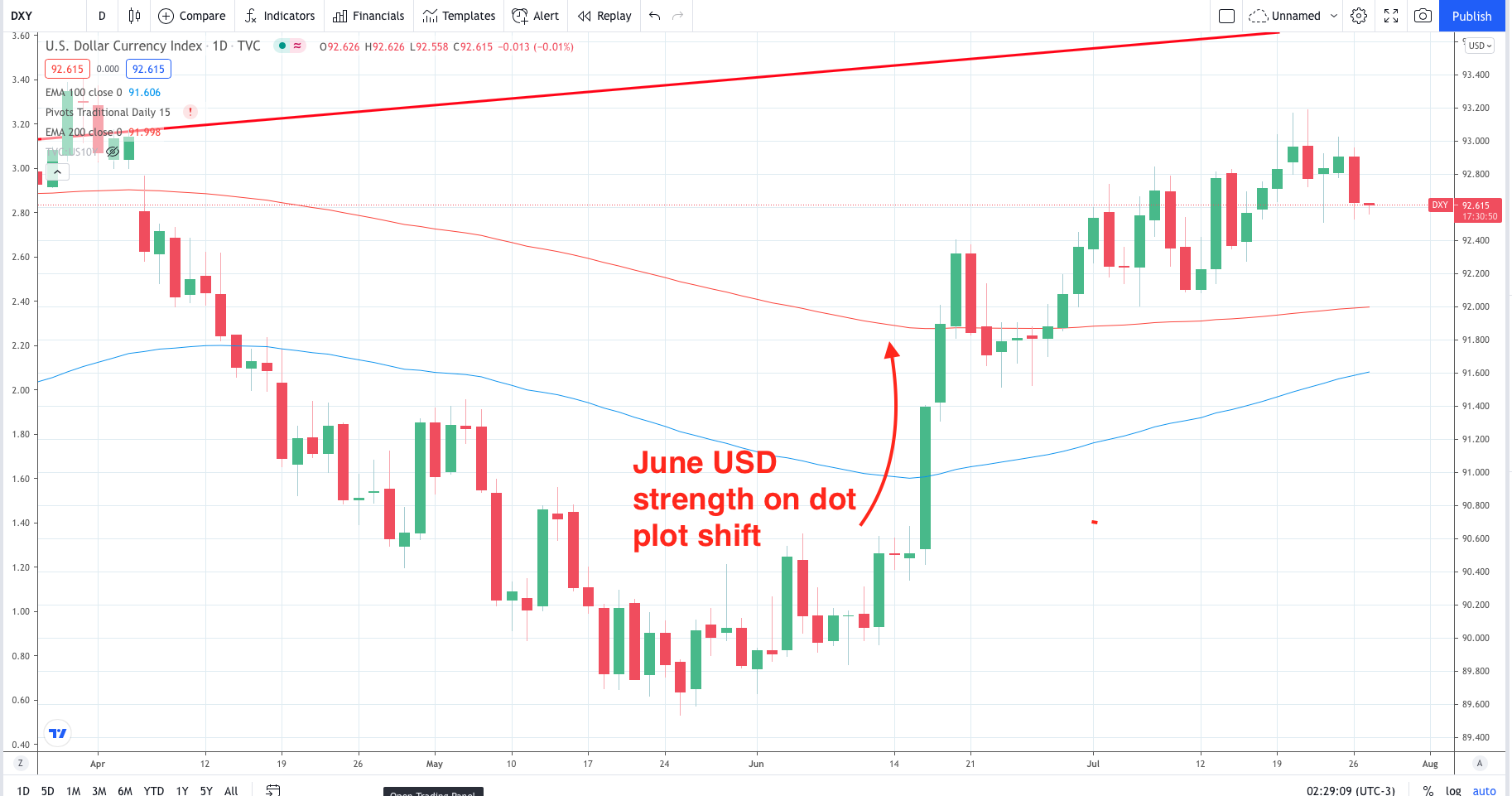 Since the last meeting there has been a string of decent data from the US. Core Inflation came in at 4.5%, the highest in 30 years, and the last NFP saw a decent print of 850K. Retail sales rose to 0.6% and the core retail sales were 1.3%. So, the Fed has enough data to see that there has been economic progress.

This is the test that the Fed want to see as Jerome Powell made clear at the semi-annual testimony. . Has there been 'substantial further progress'. Jerome Powell's approach is a very dovish one and has maintained the need for easy monetary policy. He has been in no mood to scale back support. In fact Jerome Powell knows full well that the moment he drops his 'dovish' stance the market will jump on it in a similar way to the dot plot shift was pounced on in June's FOMC.

Some details are important here. Firstly, there are no dot plot projections. That is good for the doves and means the markets can't jump on any marginal shifts towards sooner rates. Secondly, Powell has the floor to himself and can use this to play a dovish hand. That means he can set up a holding dovish position and move the can down the road for August's and September's meeting.

The best looking trade would be a NZDUSD long on a dovish Fed. With all the largest bank in New Zealand now seeing the RBNZ hiking rates in August, NZDUSD longs makes sense if the Fed stay dovish. 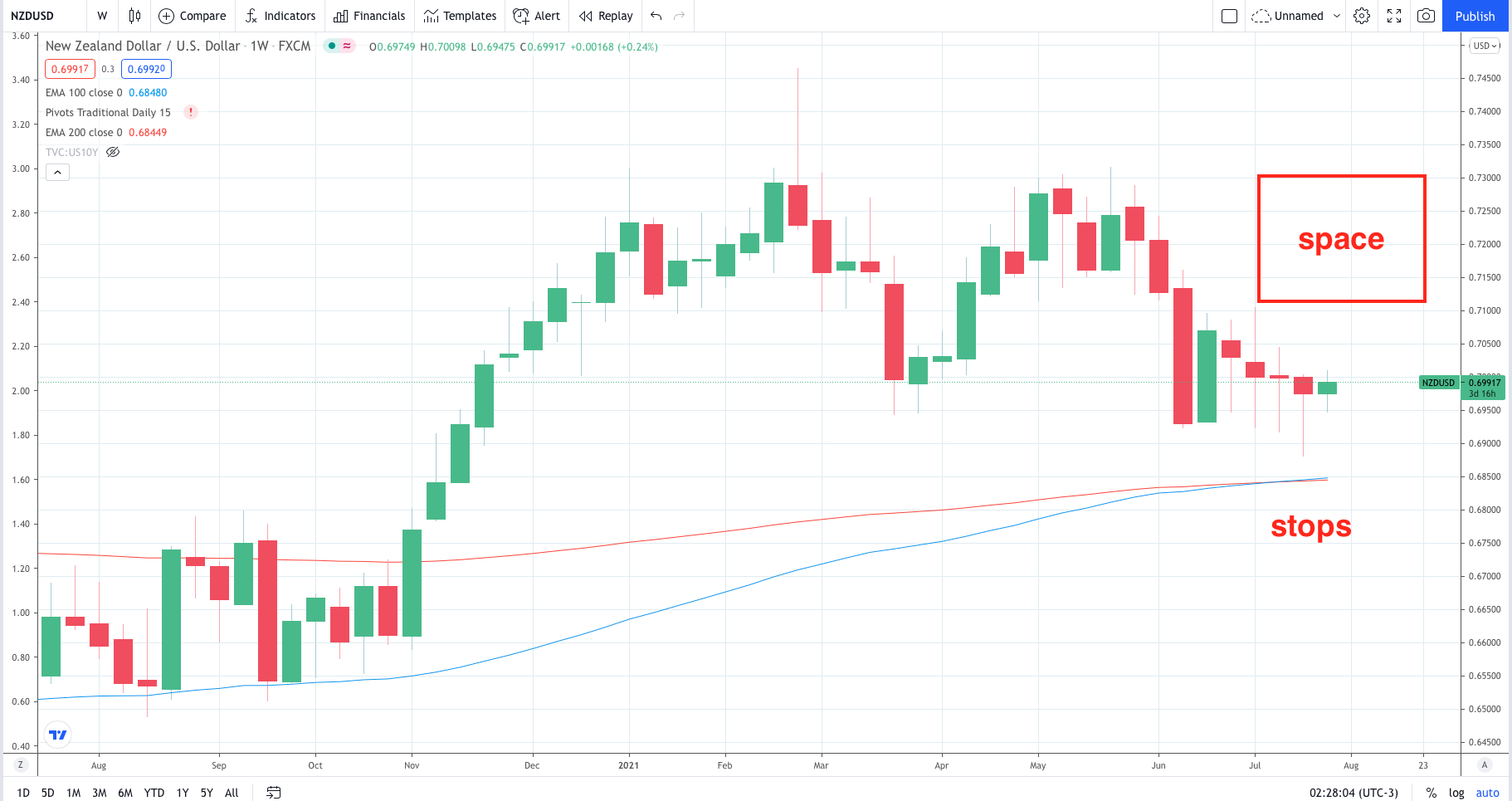