There's a line in the FOMC minutes that I don't think the market likes:

Among these costs, participants noted the possibility of an excessively rapid expansion of the balance sheet and difficulties in the design and communication of the conditions under which such a policy would be terminated, especially in conjunction with forward guidance regarding the policy rate.

I don't see any of this as a surprise but the dollar is strong in the aftermath and that's hitting gold particularly hard. It's down 3% to $1944 and is testing the lows of the week. 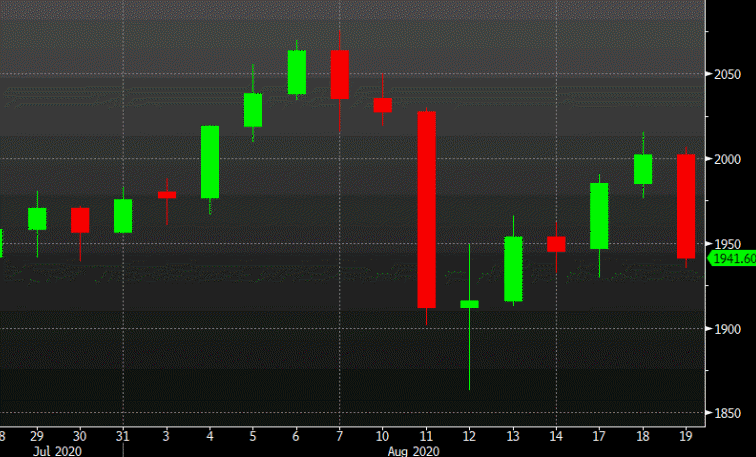 I would tend to want to buy the dips in gold and sell the dollar but it's tough to get enthusiastic about that trade because of the risk the market starts kicking and screaming about the lack of a stimulus deal.