The rumours of the date for the Italian general election ignited back in mid-December, March 4 was the hot tip.

And yes, that's it - the General Election will be held on 4 March, 2018.
There are fears of heightened political risk in Europe, but these have receded somewhat following the Catalonia election, which did not produce a landslide victory for pro-independence parties (for example, the radical independence party CUP lost over half its seats).
Having said this, though, Italy is a risk and the (surely) forthcoming poll swings will be impactful on the euro. Polls that show gains for anti Europe parties should be a weight on the EUR, and vice versa. Plenty of action to come. 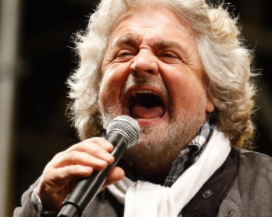 The election might give a few opportunities to make some 'Bear' Grillo jokes.