It's US non-farm payrolls day!

As we're light on data until the release I'll get my preview out nice and early.

First up we'll take a look at the what the top 5 NFP pickers have to say.

The top 5 is as follows and their guesses for today; 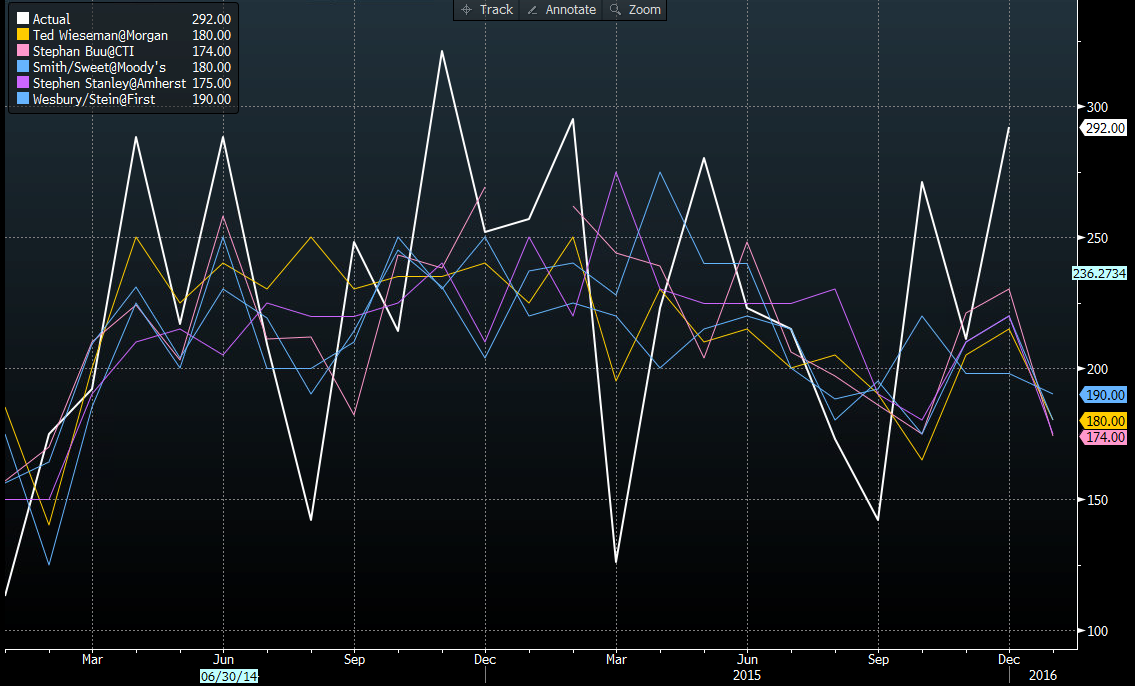 Everyone was out by a fair margin last month and they are all looking sub-200k this month.

What is interesting is the impact monitor and what it shows for last month.

Despite December's report being the second highest number in 2015, the reaction was one of the most muted.

Why? It was purely because the number didn't mean anything after the Fed hike. It was all about the hike in the months leading up to it. While this impact monitor may not mean much to anyone in the prior months, it's very good for gauging the change in sentiment for the number.

In the context of today, the market is still shaken by the possibility that rates may not be following the path the Fed would like. I see two very clear outcomes today;

If it's a middle-of-the-road report then we're likely to see more of a reaction to a small downside miss than a small upside beat. I'd be very surprised if the market didn't strongly fade a small beat, so be careful not to be sucked into the initial release move. Let the dust settle.

As for the numbers expected today, have a look at Greg's fantastic preview from yesterday. Here's the graphics shamelessly stolen from it ;-) 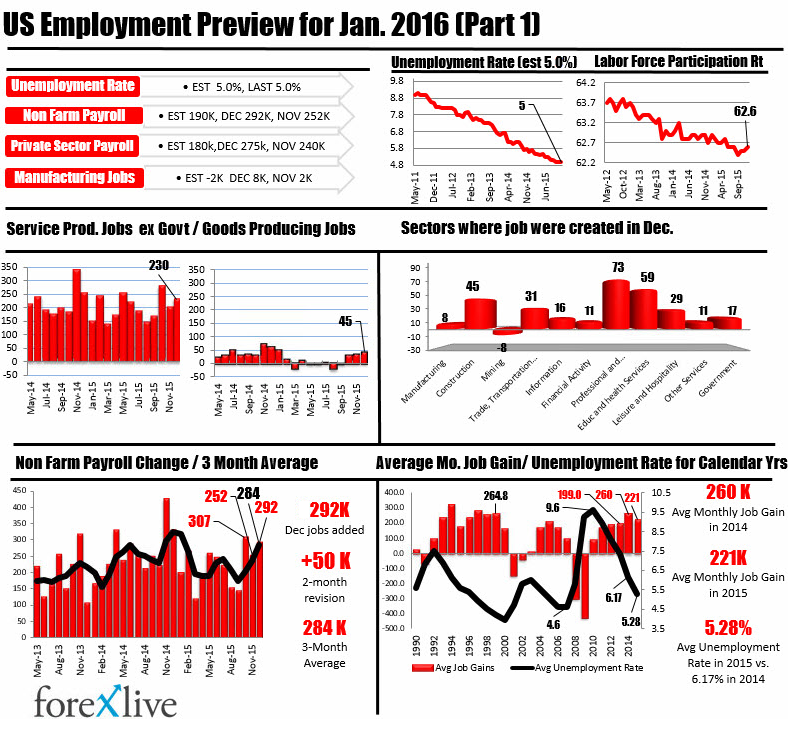 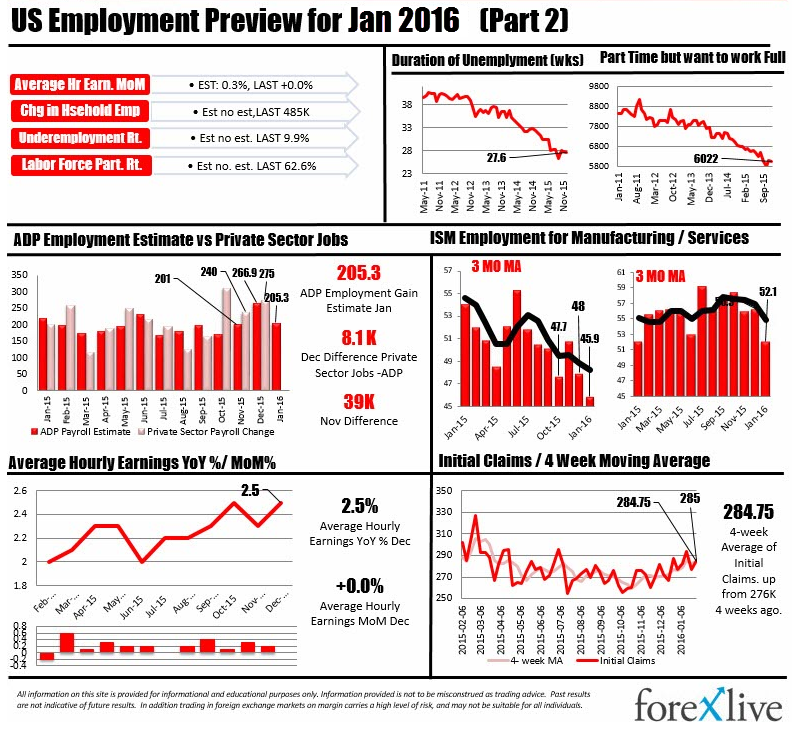 It's really worth checking out his post for all the details

As you know I'll be on a webinar over the release. We've had a fantastic response and all the spaces have been taken up now. Thanks to all those who will be taking part and I'll see you in there. I'll be taking a trip down memory lane and wearing my old LIFFE jacket, which is in exactly the same state as the day I last walked off the floor. I also found this in one of the pockets, and by coincidence it's from the NFP week in August 1998 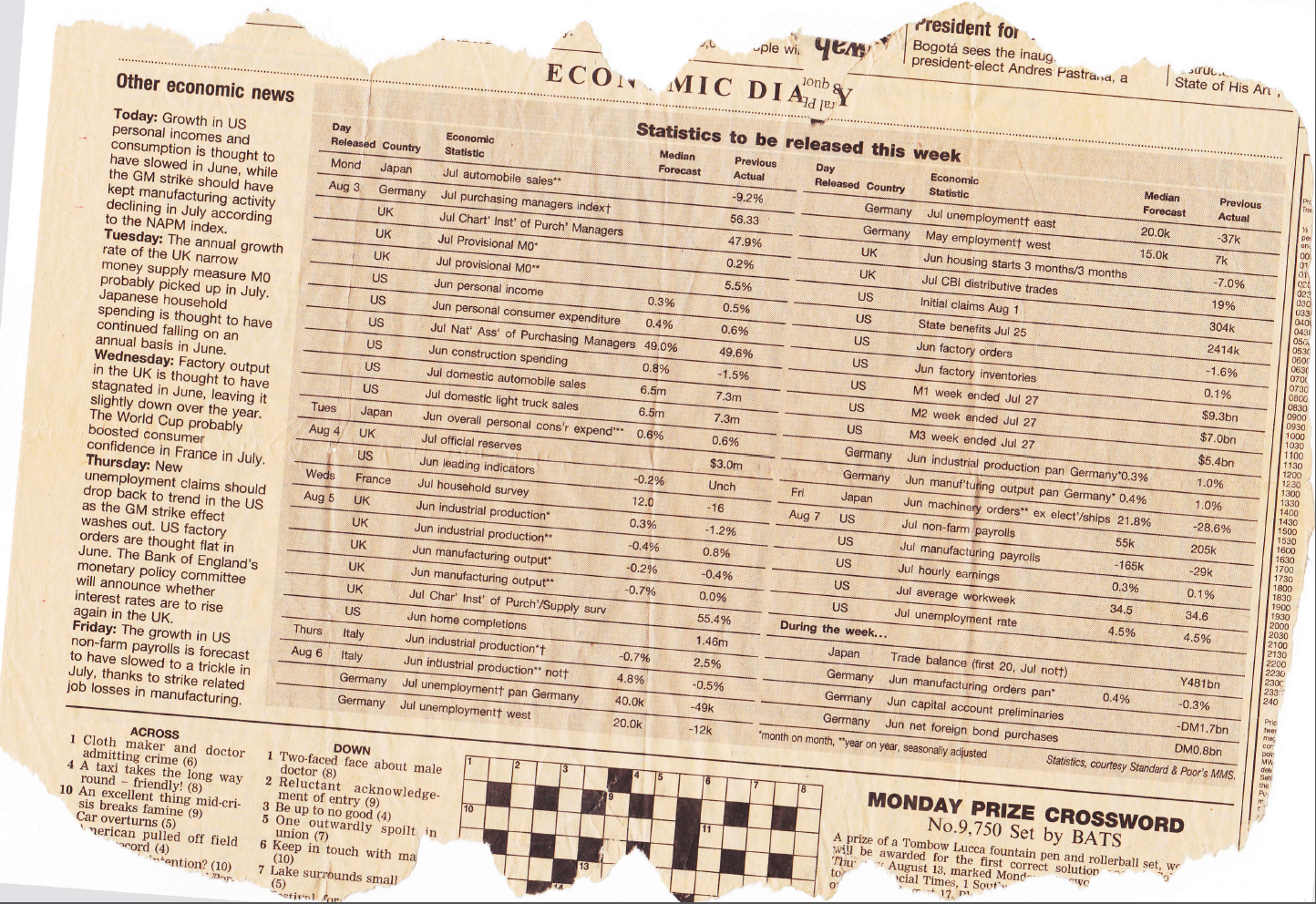 No flashy calendar widgets in those days.

I recall that there were a volatile few months for NFP's around that time as we had the big GM Flint strikes where around 200k lost their jobs in the aftermath of the strikes. It's interesting to note that most of the data isn't vastly different to today's numbers.

Enough of the trip down memory lane. Good luck trading it and stay safe. I'll have some price levels to watch up soon.